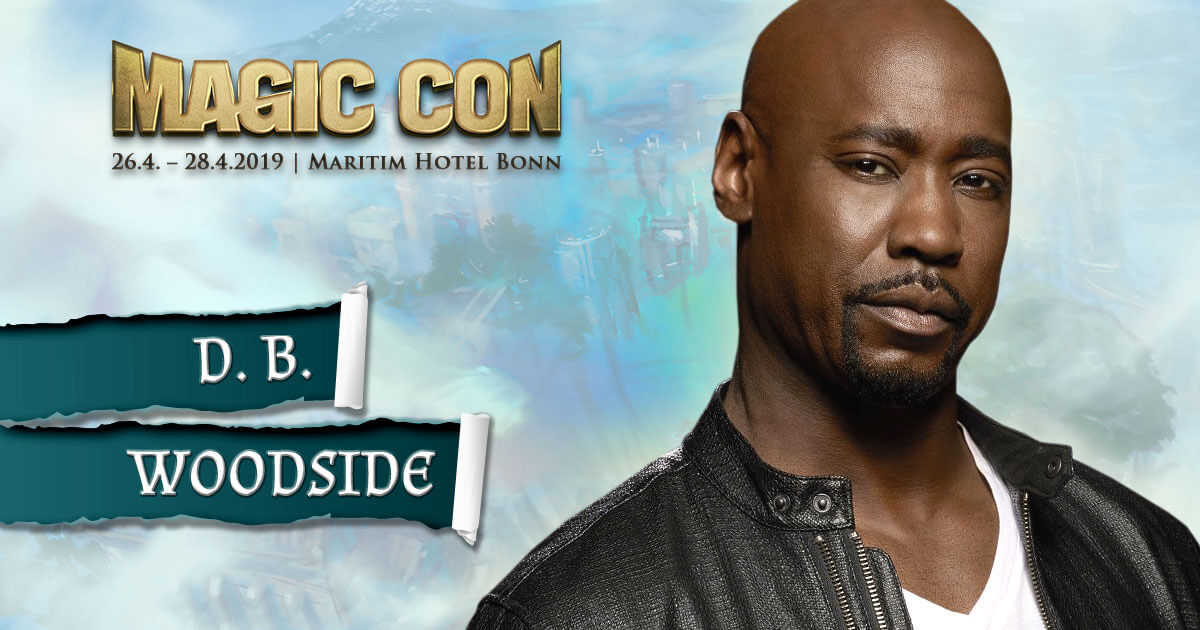 This is going to be a really hot party at MagicCon 3, because with D. B. Woodside, Tom Ellis (Lucifer Morningstar), Lesley-Ann Brandt (Maze) and Kevin Alejandro (Dan Espinoza), the fourth leading actor from Lucifer, will be performing the con honour.

In the devilish series hit Woodside, born in the USA, plays the oldest of all angels – Amenadiel. As Lucifer Morningstar’s older brother, he went to earth to persuade the Prince of Darkness to return to hell.

Prior to this mission, D. B. Woodside gained his first experience with demons & Co. in his role as school principal Robin Wood in Buffy the Vampire Slayer. In the action-packed TV series 24 he was seen alongside Kiefer Sutherland as the president’s brother. One of his most famous film roles is his appearance as Aaliyah’s film brother in Romeo Must Die. Woodside also works as a director in the film business.

Don’t miss Woodside’s appearance and that of his cast colleagues from Lucifer on MagicCon. Tickets for this hell ride of the positive kind can be found in the Ticket-Shop.