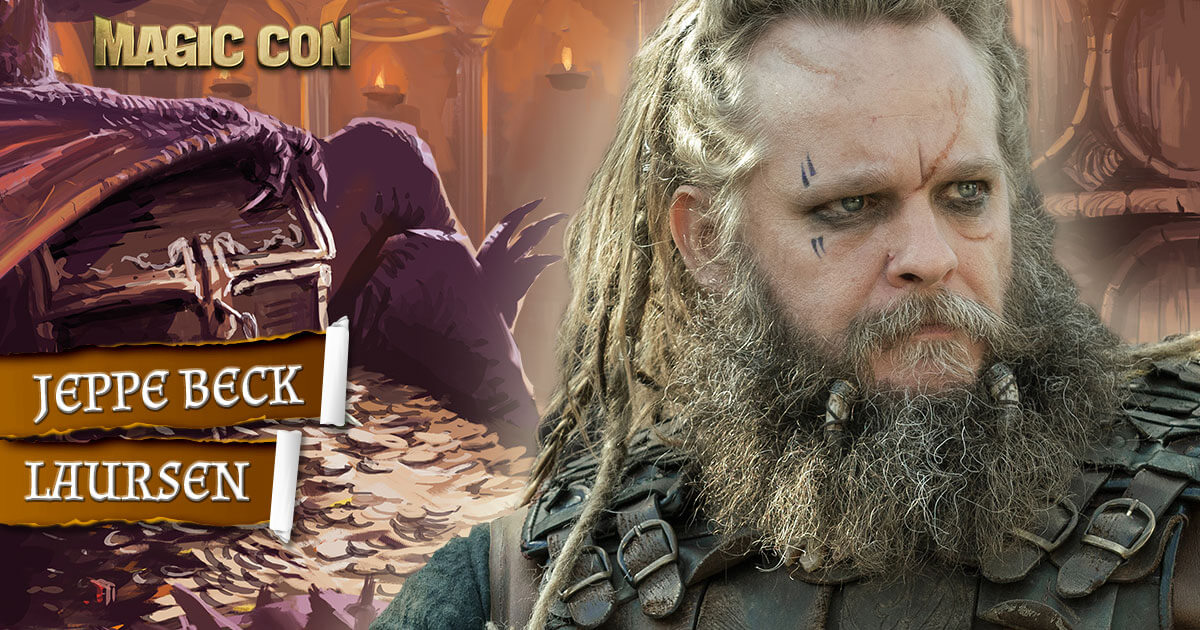 As a native Norwegian, Jeppe Beck Laursen already had the best prerequisites for slipping into the shoes of a Norse Viking chieftain in the series The Last Kingdom. With the second season of the British production, he debuted in the role of Haesten. From 2017 to 2020, he appeared in 21 episodes.

Jeppe Beck Laursen also has experience as a stuntman and – who knows – maybe he will give a small sample of his skills at MagicCon 5. What he will definitely give are autographs and also a photo session with him is on the program.