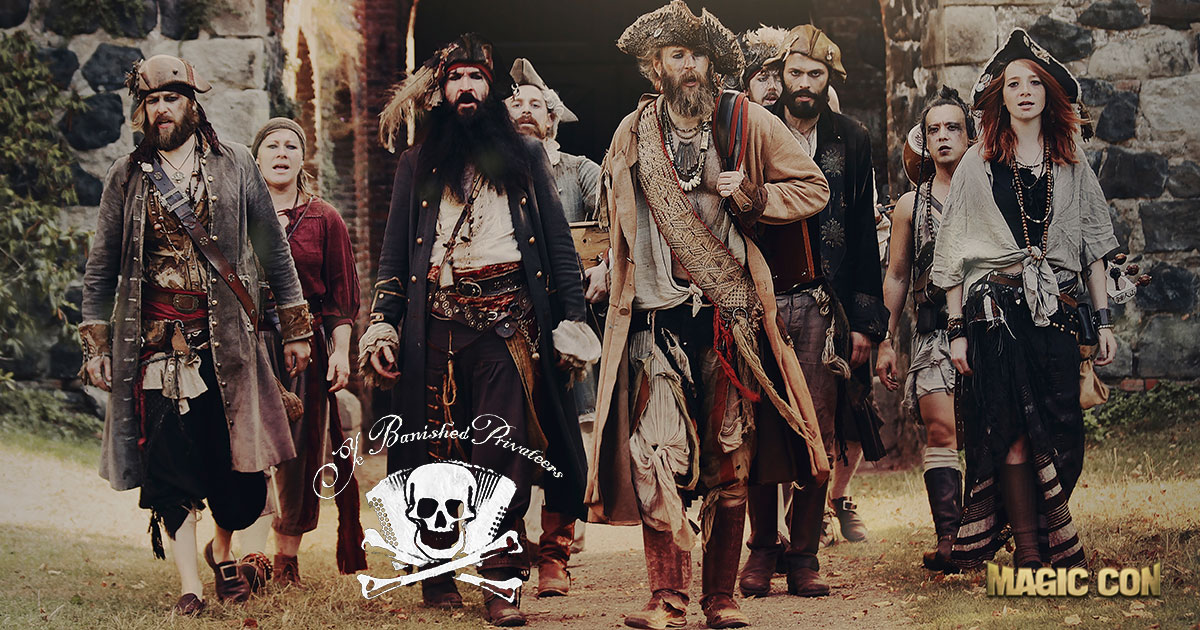 Pirate sound live with the Ye Banished Privateers! The Swedish band takes you 300 years back in time for an imaginary journey through the harsh life at sea during the early 18th century. With songs inspired by traditional Irish and Scandinavian folk music, acting and elaborate historical clothing the privateers tell a story about the rough sailor’s life, lived on the other side of the law– and the fight against oppression and nationalism.

Together, the nearly 30 crew members of the Ye Banished Privateers take turns to go on tour and plunder, and with around a dozen sailors on stage no two shows are ever the same. The mix of rude folk and punk music invites you to dance and sing along, while the gripping ballads will make the toughest pirate heart soft.

The concert on Friday is included in the ticket price. Let the Ye Banished Privateers rock our MagicCon! Here is a first example.