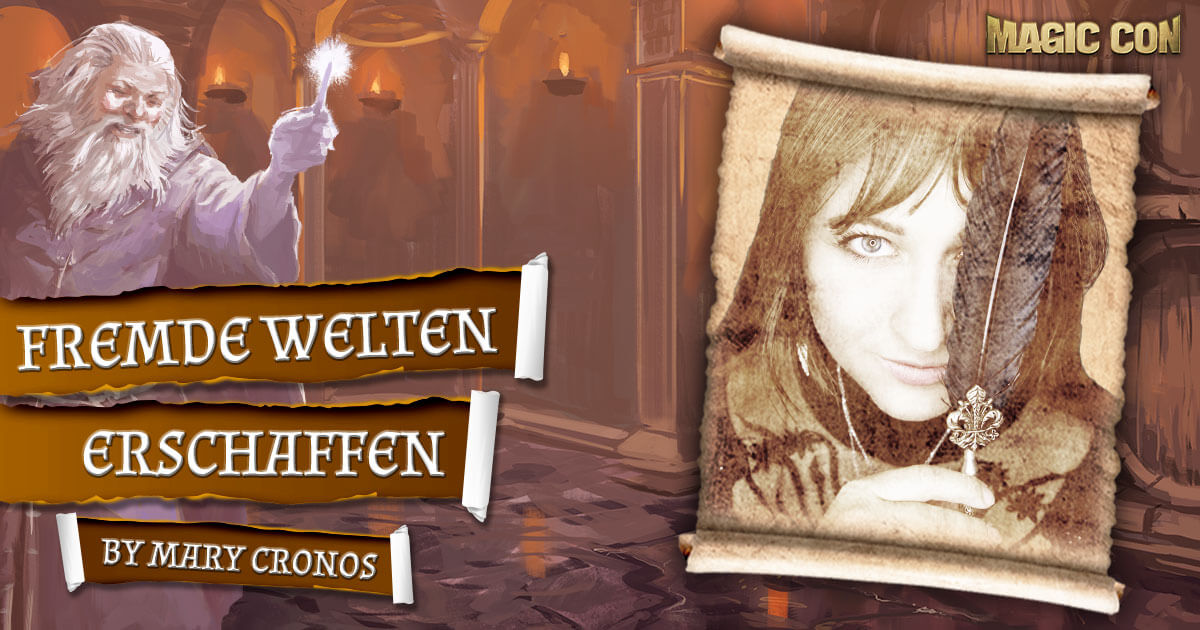 I want to create a new world with you. Who is there?

In the beginning was the idea. An idea that simply won’t let you go. It haunts your head and at some point it will prevail: It wants to be written. Maybe it is literally a new world that you are creating, but maybe it is also a story that opens our eyes to a strange world on our own doorstep.

You will find that the approach is not so different. Whether a story is fictional or real for you makes no difference to the reader. For him your story is a new, strange world. Your task is to tell it in such a way that it becomes real and tangible for the reader.

But what makes this new world exciting and alive? How and what do we have to write so that others also want to get to know this world? Where do our ideas come from and how does a fantasy idea become a fantasy story?

In my writing workshop/lecture Fremde Welten erschaffen (Creating foreign worlds) I would like to get to the bottom of this.

For my fantasy series “Nafishur” I created a completely new world and the more I dealt with it, the more extensive it became. I would like to share the experiences I made with you.

A writing lecture followed by Q&A.

Duration: 90 min  -  The Lecture will be held in: german
Mary Cronos was born in 1987 in an idyllic Brandenburg community on the outskirts of the capital and studied theology until 2015. In 2013 she took the plunge into self-employment as a freelance artist and today she works as an artist (cosplay photography, cover design, illustration) and author. She uses the rest of her time for blogging and travelling and for her charity project Mission:Change. In spring 2015, she published the first two volumes of her high-fantasy series "Nafishur" in self-publishing. In November 2016, two of her illustrations were published in the charity anthology "Hoffnungsschimmer. Im Dunkel ein Licht". Three more are part of the new "Hoffnungsschimmer" anthology. In January 2018 she celebrated her publishing debut with Droemer Knaur - with the historical Romantasy novel "Houston Hall - Shadows of the Past". The next two volumes of her "Nafishur" series will finally be published at the beginning of 2019. She is represented by Langenbuch & Weiß in questions regarding her publications.