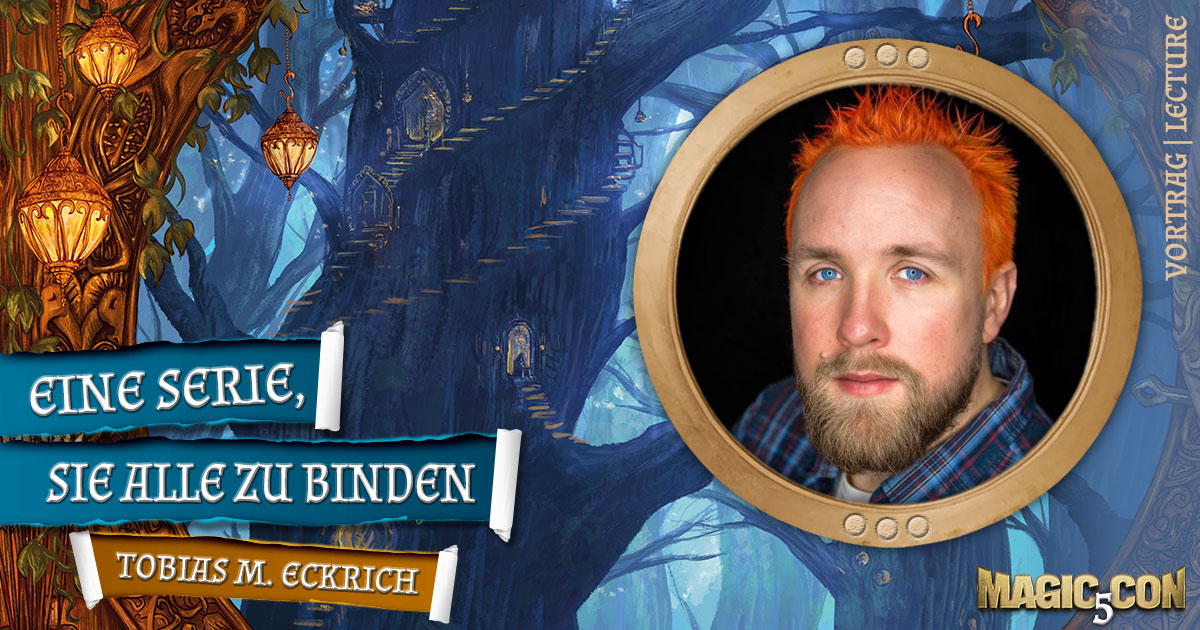 The Lord of the Rings: The Rings of Power is finally here. What began in 2017 with the purchase of the rights has now passed its first milestone. The first season will launch in September 2022, and a lot has happened since last year’s look at the series’ development. The road to the first episodes on September 2 is an interesting one. The launch with Title Reveal Trailer, the Super Bowl teaser, as well as “Superfans” and secret meetings accompanied us.

And it gets even better. For MagicCon 5 the first episodes have already appeared. So we will not only look at the development and marketing strategy, but can also talk directly about the series.

Duration: 60 min  -  The Lecture will be held in: german
Tobias M. Eckrich is the first chairman of the German Tolkien Society since 2011 and a Tolkienist by passion. He has already given numerous talks at RingCon, HobbitCon and MagicCon, the Tolkien Thing and various Tolkien Days on various topics related to Tolkien and his works. He is also present at Tolkien events internationally, such as the Elf Fantasy Fair in the Netherlands, the Middle Earth Festival in Austria, and Tolkien2019 in the UK. He also produces five different podcasts for DTG, bringing Tolkien to your ears twice a week on average. Tobias' program points are always characterized by a critical view and at least one wink, because the fun should not come too short!