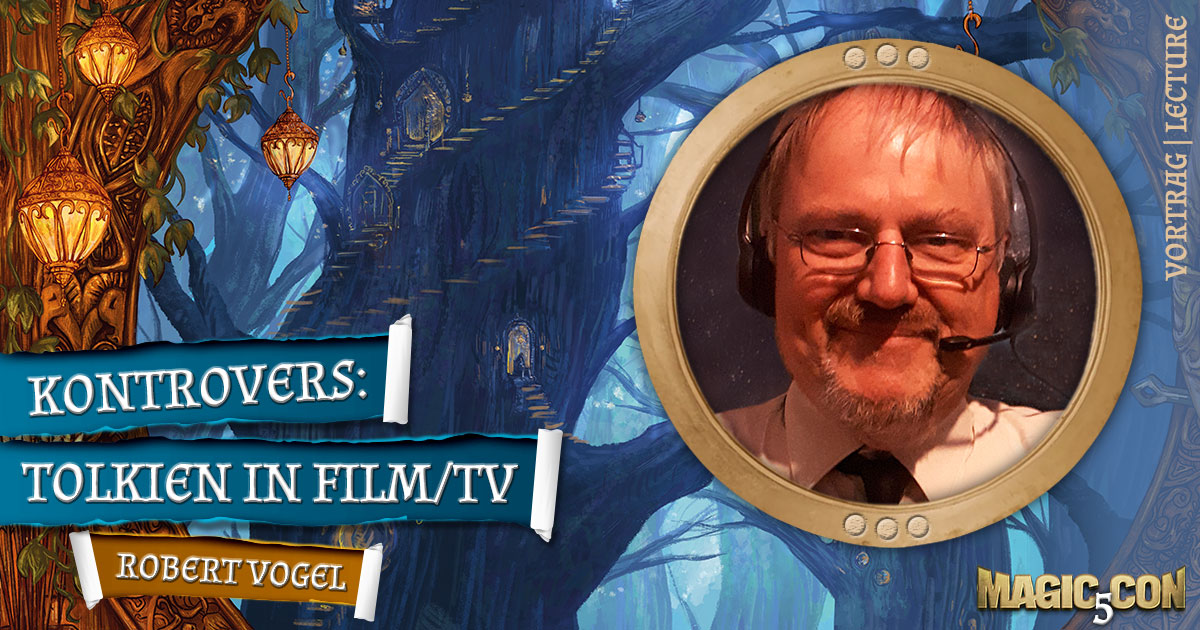 The controversy over the adaptation of Tolkien’s works into films and series and the attitude of the fan community.

When the series The Lord of the Rings: The Rings of Power TV was announced by Amazon, an outcry went through the fan community about how the source material would be handled. This has also happened with Peter Jackson’s films. Robert Vogel draws parallels to other areas of fandom (here based on Karl May and Perry Rhodan) and how it was handled there.

Duration: 60 min  -  The Lecture will be held in: german
Robert Vogel has been active in the scene for almost 50 years and writes as a freelance journalist for various magazines. He attends the shooting of fantastic movies and series and also participates in front of the camera (if you let him). He also participates in events of the European Space Agency and spreads the "SciFi virus" there ...