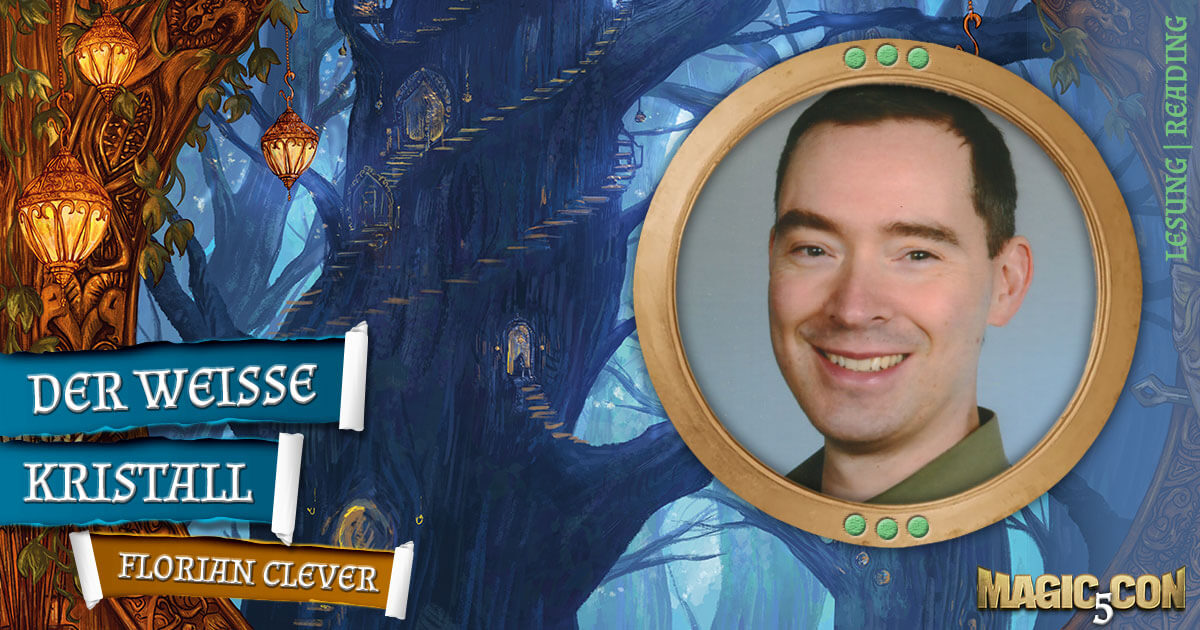 Reading of “Der weiße Kristall” by and with Florian Clever

The mercenary Molovin is a living weapon. At the beginning of winter, he comes into contact with supernatural forces in the northern province: a warlike duke wants to seize the “White Crystal”, the most powerful magical stone of all time. Molovin must make a choice – follow orders or break all the rules and go against his ducal employer. The fate of the entire North is at stake.

A deadly fighter with a conscience, a harsh land full of beauty: Der weiße Kristall is a story of apparent contradictions. A mercenary from the south finds himself in the northern province, where he quickly becomes entangled in the feud between two duchies.

The mercenary Molovin is at the center of the two-parter. The longer he struggles in the far north with his blade, the greater the doubts about his employer, his own mercenary alliance, and even his own destiny. But no one who has crossed the icy waters of the Silt River northward can remain neutral.

Duration: 60 min  -  The Lecture will be held in: german
The author Florian Clever comes from Kleve. He studied economics, taught windsurfing, sailed as a mate in charter shipping, delivered the mail, and became an advertising copywriter before turning entirely to novel writing. In the early eighties, he became infected with the fantasy virus. For three decades he was active in fantasy role-playing groups. When he's not polishing his next book, he enjoys cooking, Nordic walking, or trying his hand at guitar, piano, and singing. His medieval-influenced story world Iatiara convinces with authentic characters and settings as well as with gripping adventures. Up to now, Florian Clever has published
- Schwert & Meister
- Mesrée-Saga
- Der weiße Kristall
- Piratengesindel