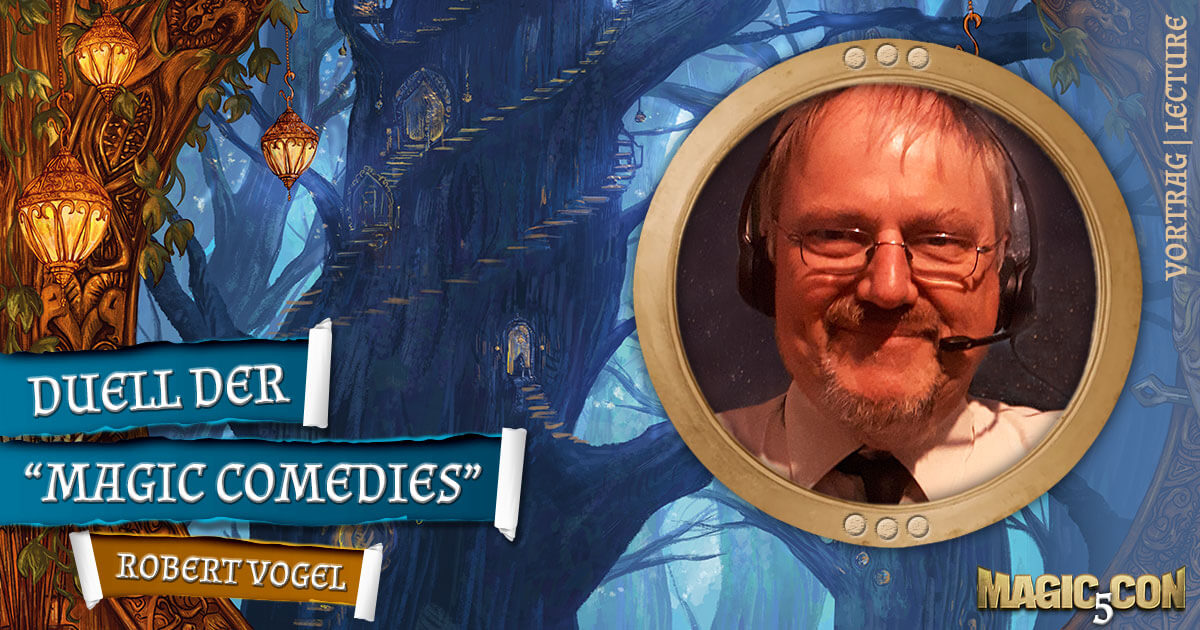 Nostalgia Presentation: The Duel of the “Magic Comedies”

Ring free for the two duels of the classic magic comedy series of the 60s: I Dream of Jeannie vs. Bewitched and The Munsters vs. The Addams Family.

After the great success of Robert Vogel’s lecture on the 1960s Batman TV series, he has now taken on four literally “magical” cult series of the 1960s that have enthralled him since they were first broadcast as a child.

In this lecture, he introduces the series and also goes into the duels for viewer favor that the productions fought.

Duration: 60 min  -  The Lecture will be held in: german
Robert Vogel has been active in the scene for almost 50 years and writes as a freelance journalist for various magazines. He attends the shooting of fantastic movies and series and also participates in front of the camera (if you let him). He also participates in events of the European Space Agency and spreads the "SciFi virus" there ...