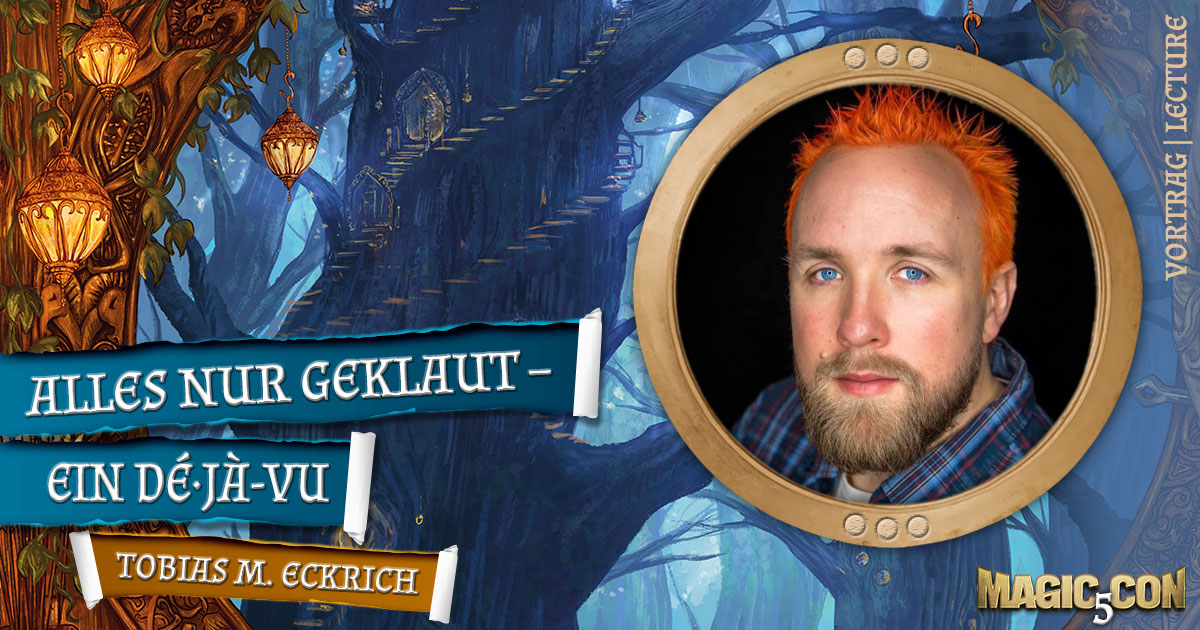 Yikes, this looks familiar, and oh! I know this synopsis from somewhere. We’re talking about Peter Jackson’s Lord of the Rings films, which are now over twenty years old. Even though these films are rightly considered masterpieces and were rightly groundbreaking in technique, certain parallels to the BBC audio drama or the animated films cannot be denied.

Especially the beginning with the Hobbits can almost be superimposed on the films. No matter if the sitting position of the Pride Feet or Bilbo’s playing with the ring behind his back. There are many parallels to be found.

Duration: 60 min  -  The Lecture will be held in: german
Tobias M. Eckrich is the first chairman of the German Tolkien Society since 2011 and a Tolkienist by passion. He has already given numerous talks at RingCon, HobbitCon and MagicCon, the Tolkien Thing and various Tolkien Days on various topics related to Tolkien and his works. He is also present at Tolkien events internationally, such as the Elf Fantasy Fair in the Netherlands, the Middle Earth Festival in Austria, and Tolkien2019 in the UK. He also produces five different podcasts for DTG, bringing Tolkien to your ears twice a week on average. Tobias' program points are always characterized by a critical view and at least one wink, because the fun should not come too short!