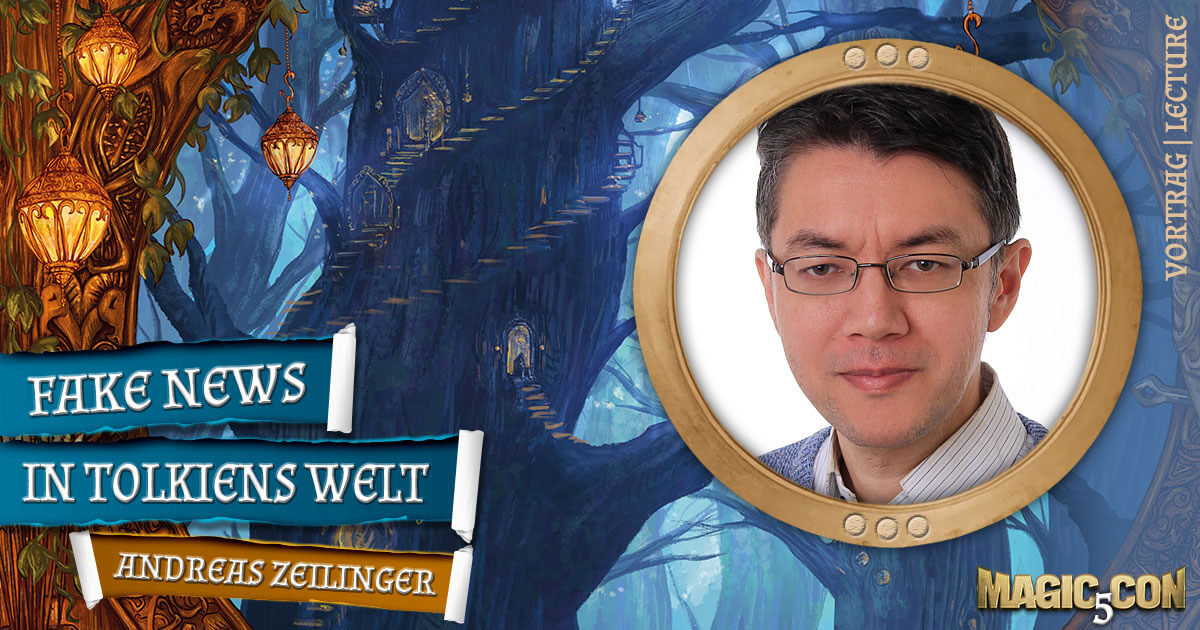 “Rohan pays tribute in the form of horses and sends many to Mordor every year – or at least so it is said” – this rumor Gandalf had heard from the eagle Gwaihir during the flight from Isengard and reports it to the Council of Elrond. The rumor causes horror in the council, but Boromir rightly exposes it as a lie of the enemy. In fact, it is divisive “Fake News” from Mordor.

The concept of “Fake News” is relatively new, but the idea behind it – to cause harm with deliberate lies and deceptions, to turn lies into truth and truth into lies – is ancient and can be found in Tolkien’s works as well as in the works of other authors, and very often in reality. Discord is sown, relationships are disturbed, confusion is created or the person being lied to is deprived of fortune. This lecture will show who lies in Tolkien’s world and what damage is done. And it is by no means the case that only the “bad guys” cause division with lies!

Duration: 60 min  -  The Lecture will be held in: german
Andreas Zeilinger, born in 1971, studied business administration, works as a salaried tax consultant in Nuremberg and lives in his native city of Fürth. Since his childhood he has been enthusiastic about fantastic literature. He is a long-standing member of the German Tolkien Society and spokesman for the Tolkien Stammtisch Franken. At conventions, Tolkien Days and other events he regularly gives talks around the works of J.R.R. Tolkien, currently also with crossover comparisons of aspects from Tolkien's world with "The Song of Ice and Fire" by George R.R. Martin. He is especially interested in the people of the West, the Númenorians and their descendants in Gondor and Arnor, therefore he is also a member of the garb group "Dúnedain Germany".