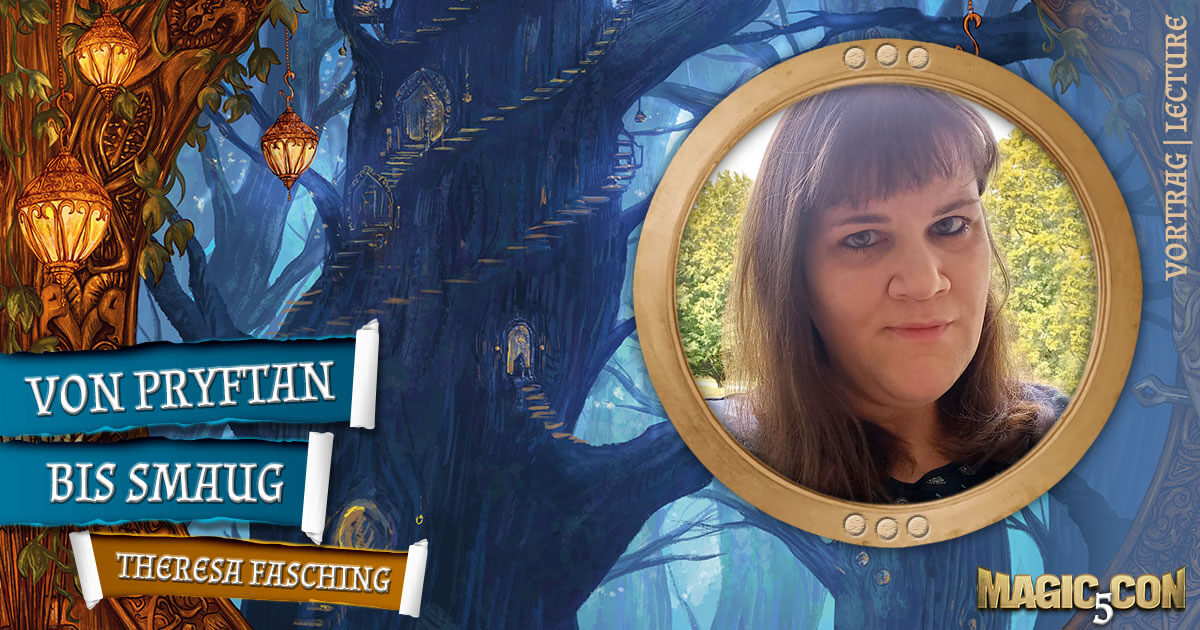 Smaug is the dragon in Tolkien’s Legendarium that was by far the best documented or described and even found its way onto the screen in the Hobbit films. But it was a long way until Smaug became the one we know today. Age, appearance, abilities and finally even the name were not only changed by Tolkien several times during the writing of his manuscript, but also partly during the making of the movies.

In the lecture From Pryftan to Smaug, I, Theresa Fasching, gather from various sources everything worth knowing about Smaug’s origin story, name, appearance and abilities, both in the book and in the film. At the same time, I also look at Smaug as a biologically functioning being and explain whether he could also exist in our world. To do this, I compare his anatomy and physiology to real animals. Some analogies turn out to be downright amazing!

Duration: 60 min  -  The Lecture will be held in: german
Theresa Fasching studied biology and mathematics to become a teacher and now teaches at a high school in Vienna. In complete contrast to her scientific education, however, she has also been interested in various fantasy worlds since her youth and has always tried to reconcile these two aspects of her life. While reading books and watching movies/series from the fantasy genre she likes to find scientific explanations for phenomena in the shown world. Deriving the biological feasibility and evolution of mythical creatures and fantasy creatures has always been a special interest due to her studies in biology.