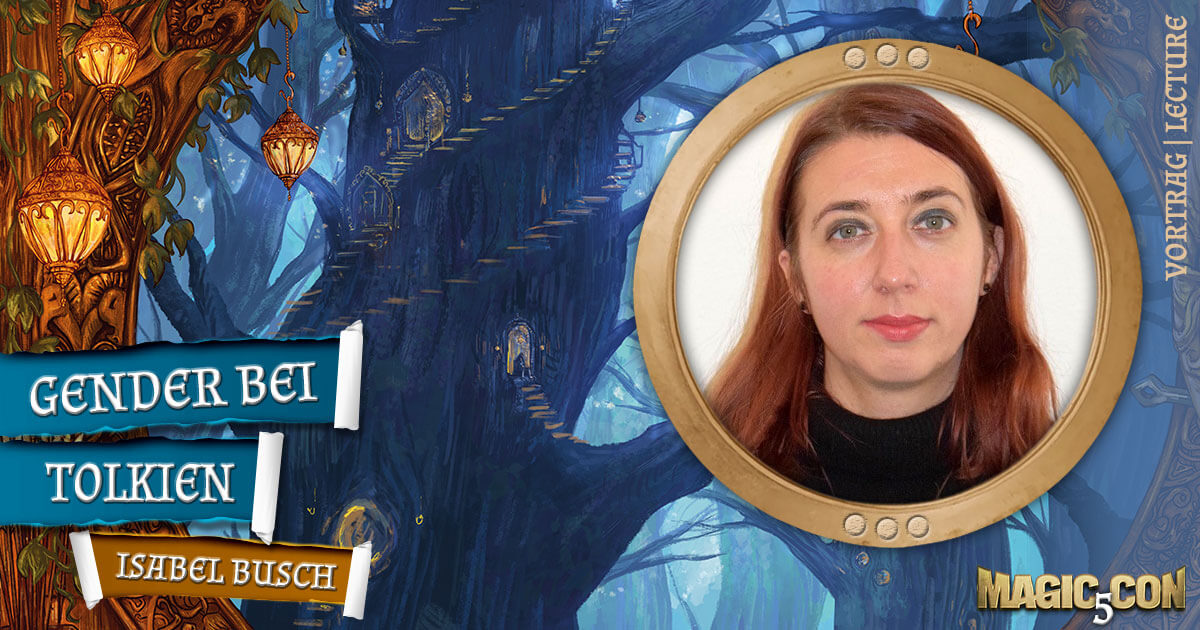 Of weeping warriors and rebellious princesses: Gender in Tolkien

Whenever “gender” is mentioned in connection with Tolkien’s Middle-earth legendarium, there is usually either criticism that there are too few female characters in The Lord of the Rings (not to mention The Hobbit) or Éowyn and Galadriel are singled out as the only “strong” female characters. In general, Tolkien is considered rather conservative with his understanding of gender roles.

But is that really all there is to say about it? For example, what about female characters in the Silmarillion and the other works? And what about male characters? Do they only serve stereotypical male hero clichés? And what do you get when you apply pop culture tropes to Tolkien’s works?

These are the questions that the lecture at MagicCon 5 explores.

It will not only focus on the famous characters from the Lord of the Rings trilogy, but will also look at other, possibly lesser known characters. Thereby not only single characters are in focus, but a certain overall picture shall be conveyed, without claiming to be complete. Tolkien’s idea of “gender” might look more advanced than first thought…

Duration: 60 min  -  The Lecture will be held in: german
Isabel Busch, M. A. is an English scholar, comparatist, and historian who studied at the Rheinische Friedrich-Wilhelms University of Bonn and University College Cork. She is completing her PhD in English Studies on gender concepts in the modern English fantasy novel. Isabel Busch has lectured at the HdFG and at conferences of the Inklings and the German Tolkien Society on diverse topics, such as rebellious women in history and popular culture or the history of "witches," women warriors in history, women protagonists and antagonists in J. K. Rowling, and women's history in the world of George R. R. Martin.