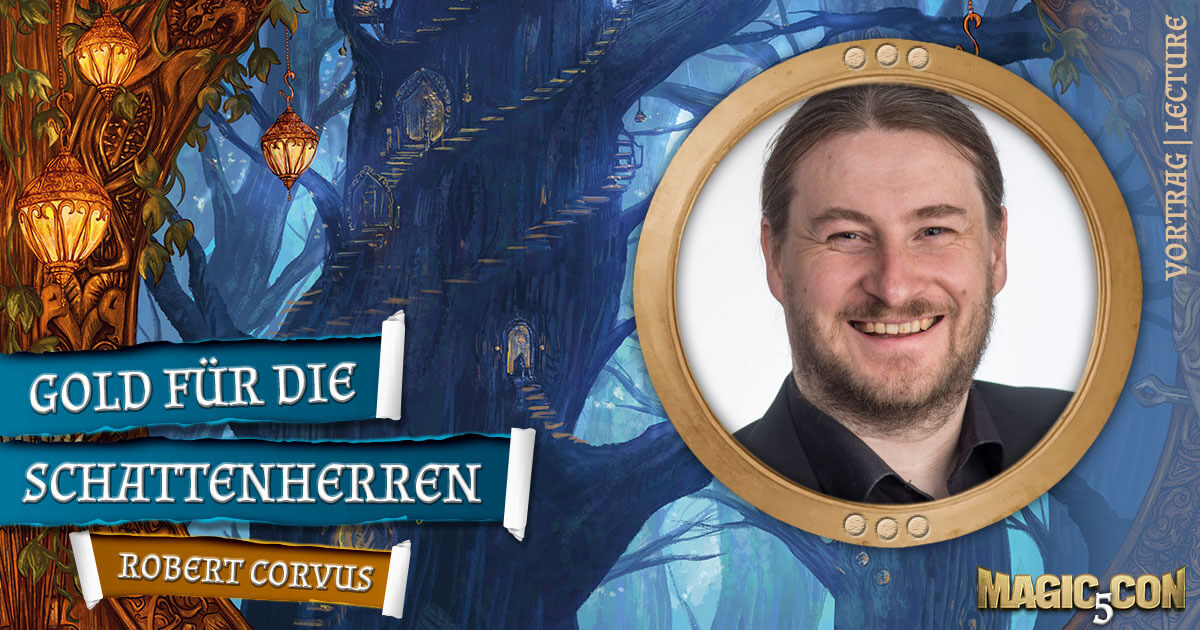 Author Robert Corvus has decided to publish the story in a new guise – as a lavishly illustrated hardcover. To this end, he conducted a crowdfunding campaign in January – with resounding success: a five-figure euro amount was raised.

In this talk, he reports on his experiences with crowdfunding: What do you have to watch out for? What are stumbling blocks, what is recommended?

He will also present the result: The story about the Shadow Lords, powerful mages who have wrested immortality from the gods and established an empire. There they allow themselves to be worshipped by the enslaved people in order to harvest the life force of the faithful. The Order of the Moonswords was founded to oppose them, but over the centuries most of its members have forgotten this goal. But the young paladin Helion wants to defeat Shadow Duchess Lisanne – and even joins forces with the enemy …

Duration: 60 min  -  The Lecture will be held in: german
With Robert Corvus we welcome one of Germany's most successful fantasy authors at MagicCon. He has just re-released his trilogy Die Schattenherren in a premium hardcover edition - financed by crowdfunding. Titles such as Drachenmahr, Gezeiten der Macht and Die Schwertfeuer-Saga preceded it. He also writes for the world's greatest science fiction series, Perry Rhodan. Together with Bernhard Hennen, Robert is adapting one of the foundational adventure campaigns of the role-playing game The Dark Eye, Die Phileasson-Saga, as a twelve-part novel series. Robert has been a full-time writer since 2013. Prior to that, writing was a hobby and avocation for 25 years. During that time, novels in the BattleTech and The Dark Eye universes appeared under his pseudonym Bernard Craw. Robert was a soldier, management consultant and project manager in international corporations. He has backpacked around the world, pilgrimaged to Santiago de Compostela and taught karate. After working in Münster and Sindelfingen, he now lives in Cologne.