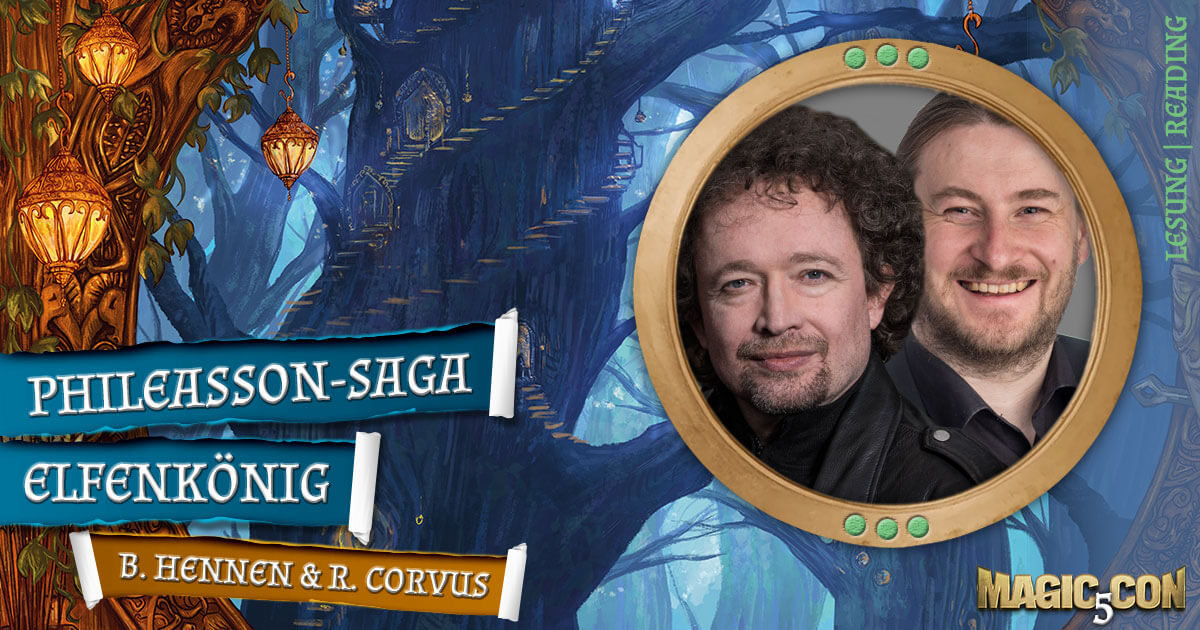 With Die Phileasson-Saga, Bernhard Hennen and Robert Corvus write one of Germany’s most successful fantasy series. In it, the greatest explorer and the greatest plunderer of their time battle for the title of King of the Seas. They circumnavigate the known world and set themselves twelve heroic tasks. In the process, they explore mystical places, face demons and sea serpents, fight robbers and man-eaters, and travel to enchanted elven lands.

Each of these tasks becomes a novel – and now the adventure journey is nearing its finale. Elfenkönig is the eleventh of twelve adventures. The search for the lost elf ruler takes the captains to the place they least expected: their homeland.

The Phileasson readings actively involve the audience – and not just in the form of questions and discussions. Also the legendary Thorwalerchor will resound on the MagicCon 5 again!

Duration: 60 min  -  The Lecture will be held in: german
As "Lord of the Elves," Bernhard Hennen is one of the top German fantasy authors. He is currently continuing his global success with the Schattenelfen series. He has also shown innovative ways for fantasy with the award-winning Chroniken von Azuhr. Robert Corvus is best known for his work in dark fantasy, for example, Schattenherren. In Gezeiten der Macht, he rethinks magic - as a craft. At the University of Münster, he accompanied a seminar on writing a fantasy novel as a guest lecturer. He is also a team writer for Perry Rhodan. Together they write Die Phileasson-Saga, one of the most successful fantasy series; their novels are frequently found on the bestseller lists. Both authors love interacting with the public - both in readings and at their booth.