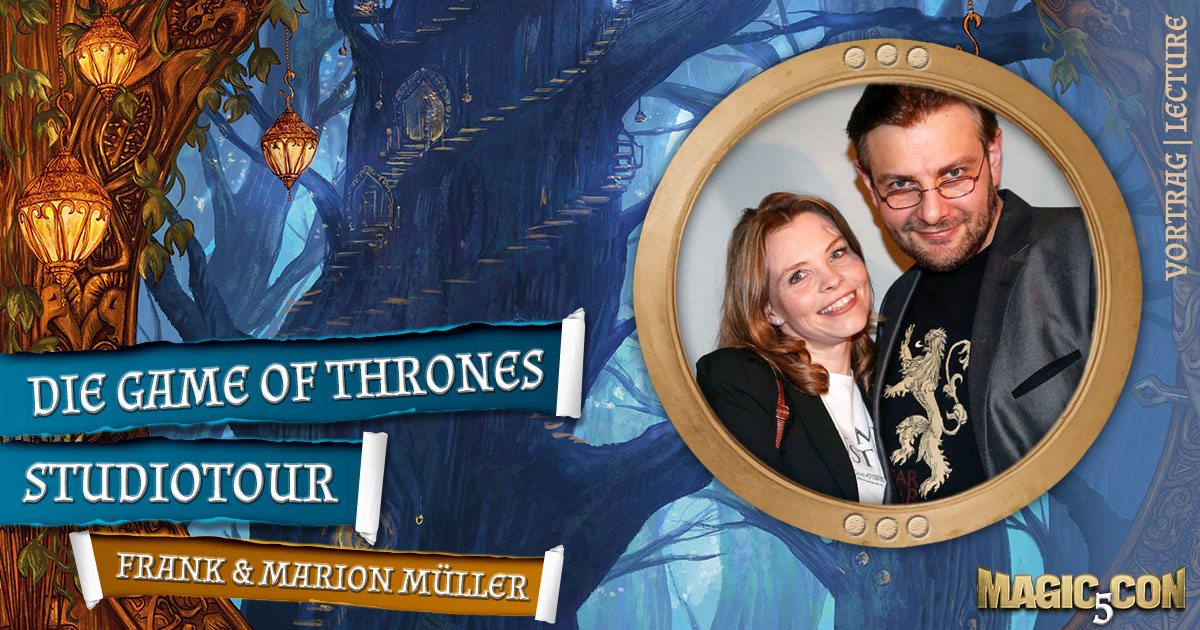 In recent years, there have always been different Game of Thrones exhibitions in various cities around the world, including Berlin and Oberhausen.

Since this year, there is now the permanent “Game of Thrones Studio Tour”, which is shown in a part of the Linen Mill Studios in Banbrigde, Northern Ireland. The special thing about it is that part of Game of Thrones was also filmed there, so you are on an original filming location. The exhibition is divided into several areas, you will find many original costumes, props and weapons from the Game of Thrones universe, but also learn interesting facts about filming locations, creation of costumes and props and how a studio is built. You can also participate interactively, for example with “virtual archery”.

We tell in many pictures about the official opening of the studio tour, give an insight into the press tour and want to answer the question whether the studio tour is “worth it”.

Duration: 60 min  -  The Lecture will be held in: german
Frank and Marion Müller, the "German Superfans-GoT" are the German experts on Game of Thrones. Through their collaboration with HBO and Sky, they have been allowed to visit GoT exhibitions in different countries on various occasions, interviewed the actors of the series at official premieres for Sky and visited the studios in Belfast several times. Marion has also been the host of Game of Thrones Talks, exclusively from Sky Germany. They were allowed to visit the costume department at Game of Thrones, met the two main costume designers responsible, Michele and Michele, and were able to gain insight into the creation of Game of Thrones costumes. In addition, they made several costumes themselves and recreated the Throne of the North. More about Frank and Marion on Facebook (Marion Müller) and Instagram (gotfrankmarion).