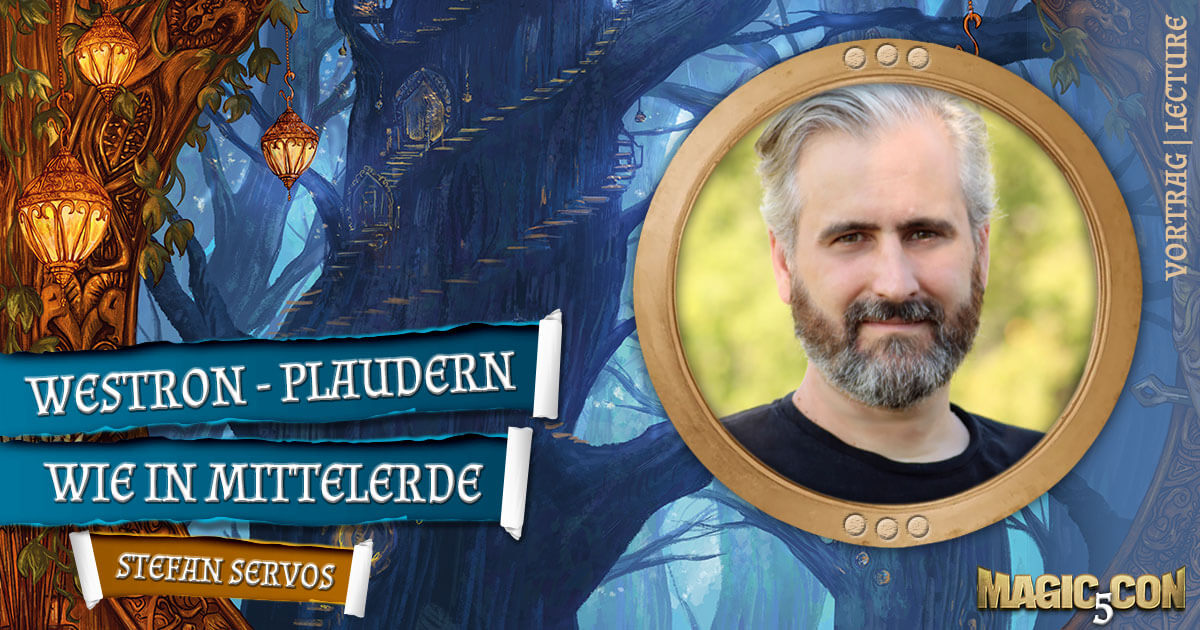 It is well known that all sorts of magical languages are spoken in Middle Earth. But often the most common language is shamefully neglected, namely Westron!

What is this common language all about, and how exactly do the hobbits, humans, elves, and orcs of Middle-earth use it? In order to do justice to J.R.R. Tolkien’s passion for language, translator Margaret Carroux has used some etymological tricks in the German translation of The Lord of the Rings to reproduce the spoken Westron (or rather its English translation). And in doing so, she created a style all her own that continues to shape our idea of spoken language in Middle Earth to this day.

Westron – Chatting like in Middle Earth – a lecture by Stefan Servos about the fine details in the translation of the conversations and how these have influenced the dialogues of the cinematic adaptations by Peter Jackson and Co.

Duration: 60 min  -  The Lecture will be held in: german
Stefan Servos (born 1975) discovered his passion for the works of J.R.R. Tolkien in his childhood. He has been an active member of the German Tolkien Society for over 20 years and in his spare time is passionate about playing board and role-playing games such as "Dungeons & Dragons". In addition to his full-time work as a television writer, the journalism graduate regularly writes for various online and print media. He has published books such as "Bilbos Reise zum Erebor", "Rezepte aus dem Auenland" and "Unnützes Wissen für Tolkien-Fans". He is considered the German expert on the Lord of the Rings and Hobbit films and has already worked as a consultant for German film distribution, helped dub the films and even visited filming locations in New Zealand. He is also one of the co-founders of RingCon.