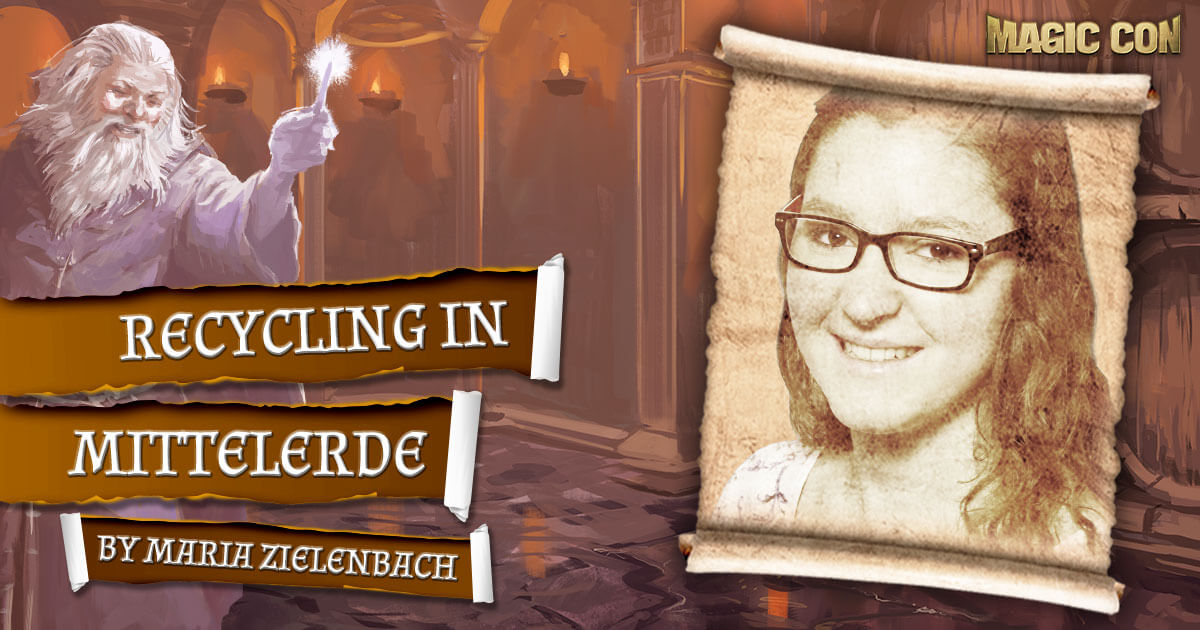 Where Tolkien copied himself

As soon as a new fantasy novel appears, there is at least one person who posts on the Internet: “Uh, that’s all full of Lord of the Rings stealing!”.

But even Lord of the Rings author J. R. R. Tolkien himself can be accused again and again of having “copied” himself: Did you know, for example, that there are two Minas Tiriths? That Legolas possibly and Glorfindel very probably lived twice? That some kings of Gondor have names of heroes from a bygone age? That Elrond might just happen to appear in The Hobbit? And what about this mysterious Elvenking, whose name is never mentioned in The Hobbit and who has amazing resemblances to an Elvenking from ancient times? The list of such “plagiarisms” is long, and time and again they can tell us how Tolkien created his Middle Earth.

This lecture by Maria Zielenbach is about where and why Tolkien copied himself. Whether there is perhaps a sophisticated system behind it, and whether this “recycling” perhaps contributes to the special character of Tolkien’s Middle Earth.

Duration: 60 min  -  The Lecture will be held in: german
Maria Zielenbach is a member of the board of the German Tolkien Society e.V. and belongs to those people who not only read the "Silmarillion" but also liked it. While reading Tolkien's works she stumbles over such curiosities again and again, which are the subject of this lecture. In the DTG, Maria is mainly responsible for the regulars' tables, social media and the website. You can also find them regularly at events all over Germany. In "real life" she studies at the Master of General Linguistics in Cologne. This year, however, for once, her lecture will not deal with invented languages.