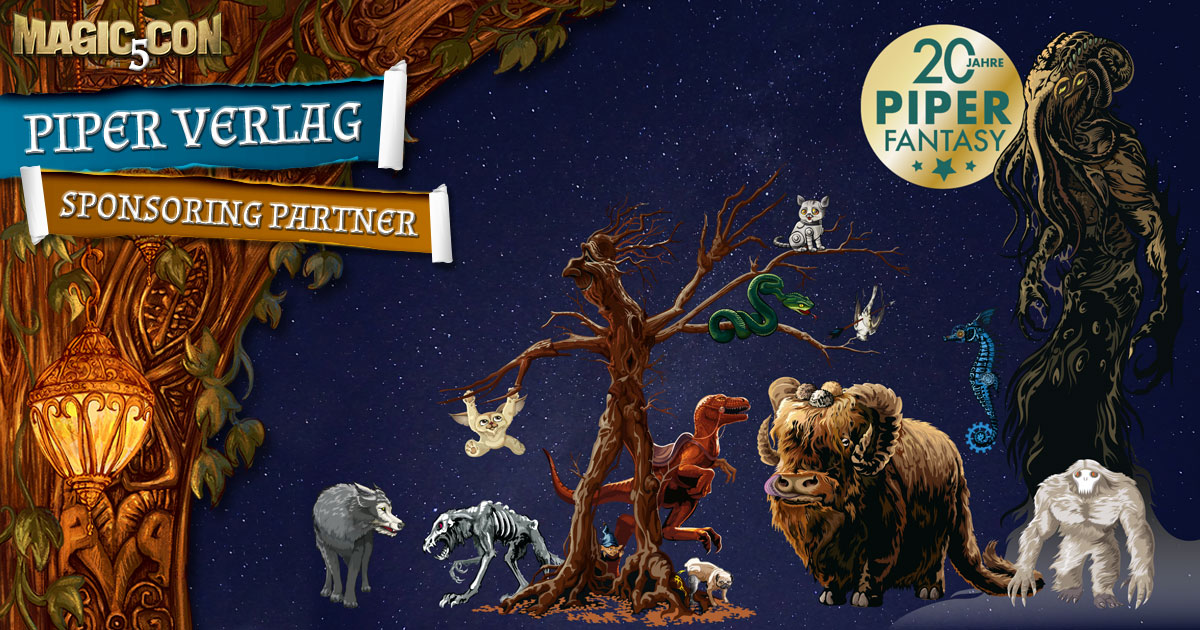 At MagicCon 5 you will have the unique opportunity to meet the team behind the fantasy books of Piper Verlag! The team will be present with its own booth, where you can not only buy new fantasy reading material, but also talk to editors and authors and get books signed.

The occasion is a very special anniversary: The fantasy program at Piper Verlag is celebrating its 20th anniversary!

As a major trade publisher, Piper publishes general fiction, from thrillers to romance novels, as well as literature and non-fiction. Fantasy editing is a subdivision of fiction, first created in 2002. After starting the program with some of today’s classics of the genre (such as the first “Gezeitenwelt” novel by Bernhard Hennen or Wolfgang Hohlbein’s “Die Rückkehr der Zauberer”), the publishing house now publishes the entire diversity of the genre: from classic High Fantasy to Romantic Fantasy to the humorous fantasy of a Terry Pratchett.

Current publishing highlights include classics such as “The Wheel Of Time” (Das Rad der Zeit) by Robert Jordan (the book template for the major fantasy series on Prime Video!), new releases by Wolfgang Hohlbein, Michael Peinkofer and Jennifer Estep, and current TikTok favorites such as “Kingdom of the Wicked” by Kerri Maniscalco and “Ice Planet Barbarians” by Ruby Dixon. All these books and more are waiting for you at MagicCon 5.