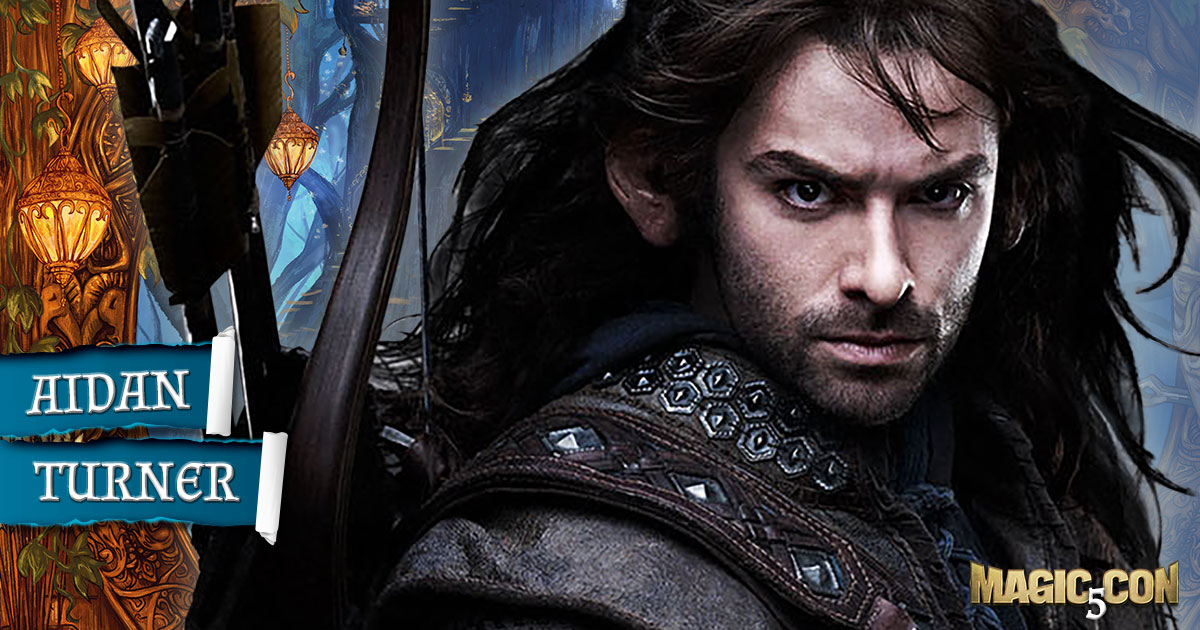 We’re thrilled to welcome Aidan Turner, an extremely popular actor from Peter Jackson’s Hobbit adaptations (2012 – 2014), to MagicCon 5 (exclusively on Saturday, Oct. 8). The Irish-born actor breathed cinematic life into the dwarf Kíli in all three parts (An Unexpected Journey, The Desolation of Smaug, The Battle of Five Armies) and quickly became a fan favorite.

After successfully completing his education at Dublin’s Gaiety School of Acting, Turner gained ample stage experience through various appearances in plays. This was followed by his first appearances in front of the camera, until the actor, who was born in Clondalkin, South Dublin, was finally able to significantly increase his fan base in the British series Being Human (2009 – 2011) as the vampire John Mitchell.

In 2013 Aidan Turner starred in the role of Luke Garroway in the fantasy film The Mortal Instruments: City of Bones. For series productions such as Poldark (2015 – 2019) and Leonardo (2021), the versatile actor was signed as a leading actor. His current projects include his role as Barney in the series Toast of Tinseltown (2022).

Get your vouchers for an autograph of the star right now and get an unforgettable souvenir of his visit in Bonn in the photo session. Available in the Ticket-Shop.