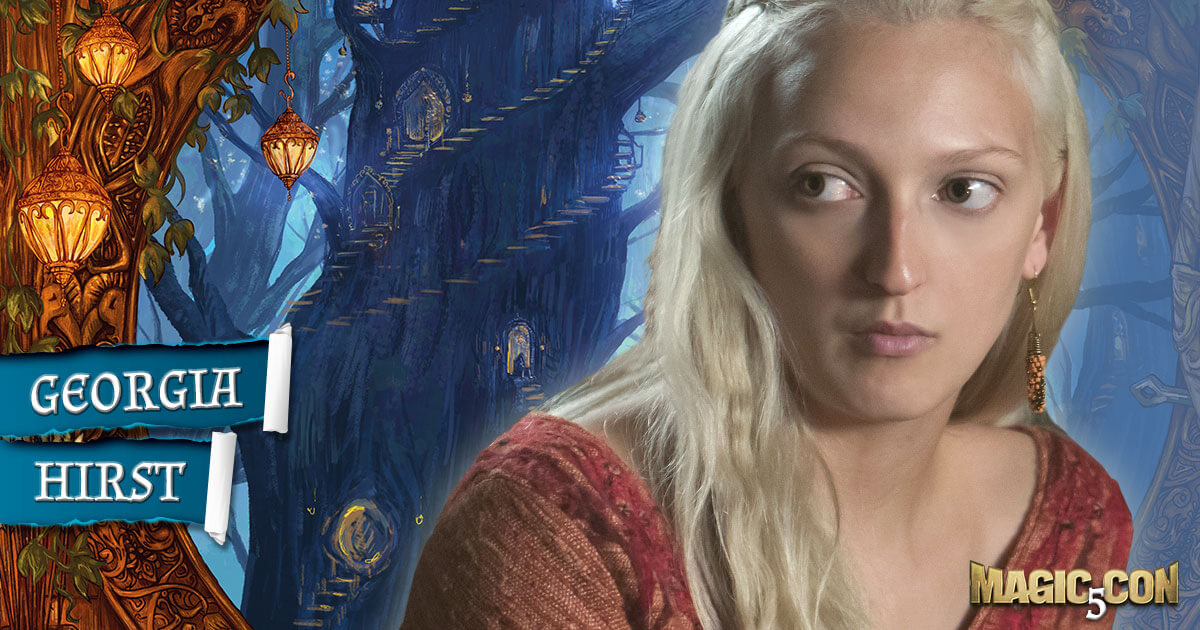 You can now take a trip to the Viking Age in the early Middle Ages at MagicCon 5, because Torvi from the popular historical series Vikings is coming to the Maritim Hotel Bonn. The shieldmaiden is played by British actress Georgia Hirst, who took on the role in 63 episodes of the Canadian-Irish production.

Georgia Hirst attended the Drama Centre London and appeared, among others, in the horror comedy Ravers (2018) in the leading role of Becky and two years later (also as the leading actress) in Five Dates, a romantic comedy.