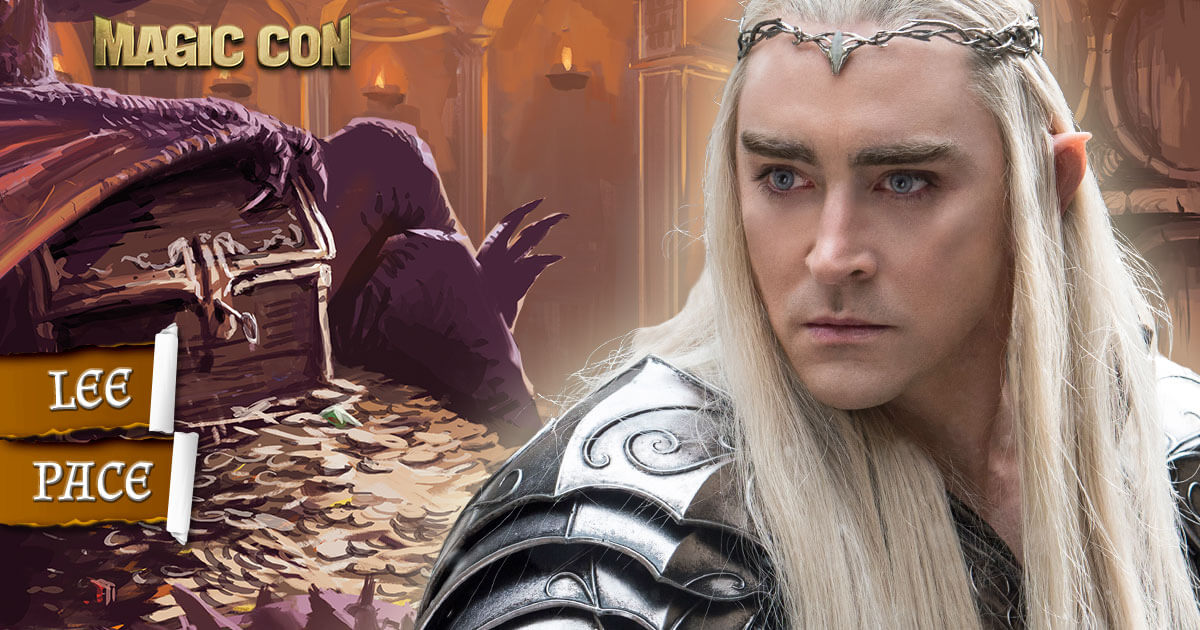 Now it gets really majestically at MagicCon 4, because with Lee Pace we welcome the elven king Thranduil himself in Bonn. In all three parts of Peter Jackson’s film adaptation of Tolkien’s novel The Hobbit, the American actor played himself into the hearts of fantasy fans.

But before Lee Pace first roamed the vastness of his empire in 2012, he already started acting on the theater stage in his early years. At the “Juilliard School” he finished his education with a Bachelor of Fine Arts.

After his TV debut in Law & Order: New York (2002), Pace gained more attention a year later in the feature film Soldier’s Girl. His portrayal of a transsexual woman won him the “Gotham Award”. 2004 followed a leading role in the series Wonderfalls. The Oklahoma-born actor is certainly also known to fans of the fantastic genre for his leading role in the series success Pushing Dasies. As pie-maker Ned he received nominations for a Golden Globe Award and the Emmy. He also played another lead role in the series from 2014 – 2017 in the production Halt and Catch Fire.

On the big screen Lee Pace slipped into the skin of the villain Ronan in the Marvel adaptation of Guardians of the Galaxy. He also played this villain in the blockbuster Captain Marvel (2019). A look at Lee’s extensive filmography is definitely worth it.

So lots of interesting facts that Lee Pace can talk about during his visit to MagicCon 4. And of course you can also get an autograph or a photo souvenir. Tickets and vouchers are available in the Ticket-Shop.