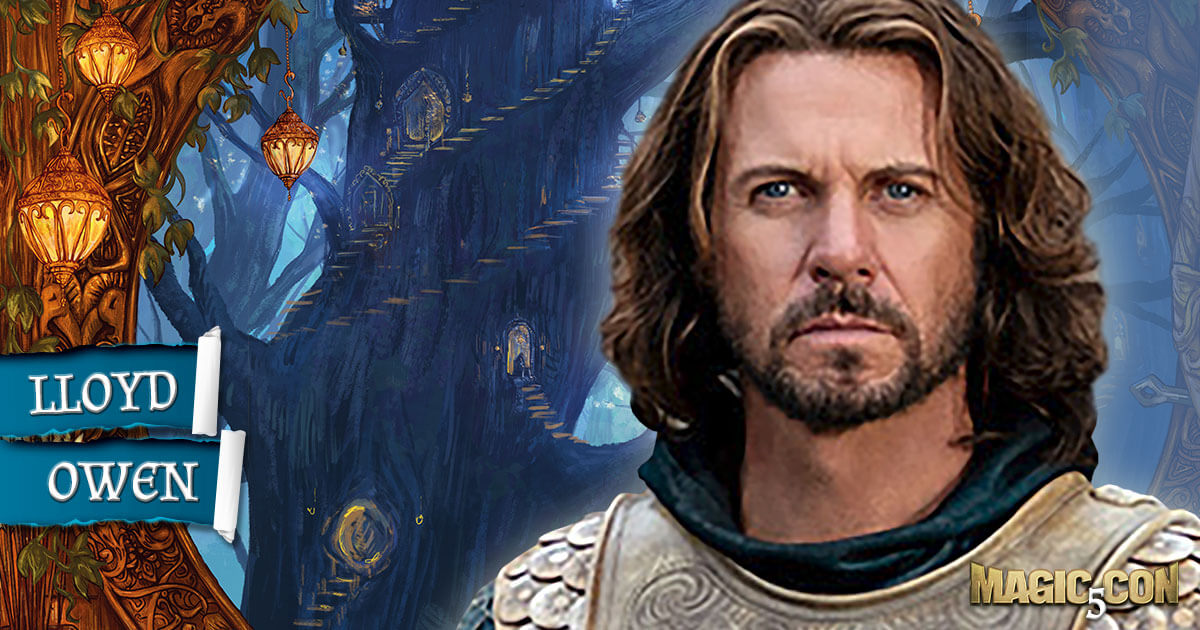 Only a few more days until the first episode of The Lord of the Rings: The Rings of Power series premieres on Prime Video on September 2, 2022. MagicCon 5 is celebrating along with it and we are happy to welcome Lloyd Owen, another important character from the fantasy epic, in Bonn. The British actor can be seen in the role of Elendil.

After the London-born actor had already gained a lot of experience on the theater stage, his career in front of the camera started at the end of the 80s with his first roles in TV series. Starting in 1992, he slipped into the skin of Professor Henry Jones, Sr. himself in The Young Indiana Jones Chornicles and The Adventures of Young Indiana Jones, where he starred in numerous episodes until 1996.

Lloyd Owen also found himself in a galaxy far, far away during his career. In the hit video game Star Wars: The Old Republic, he lent his voice to Captain Rago and other characters. In the fantasy film Wonderwell (2022) he can be seen as Adam. Incidentally, this was also the last film in which Carrie Fisher (Princess Leia), who died in 2016, participated.

Get an autograph from Lloyd Owen at MagicCon 5, join the photo session or experience him up close in an exclusive “Meet & Greet”. Vouchers are waiting for you in the Ticket-Shop.