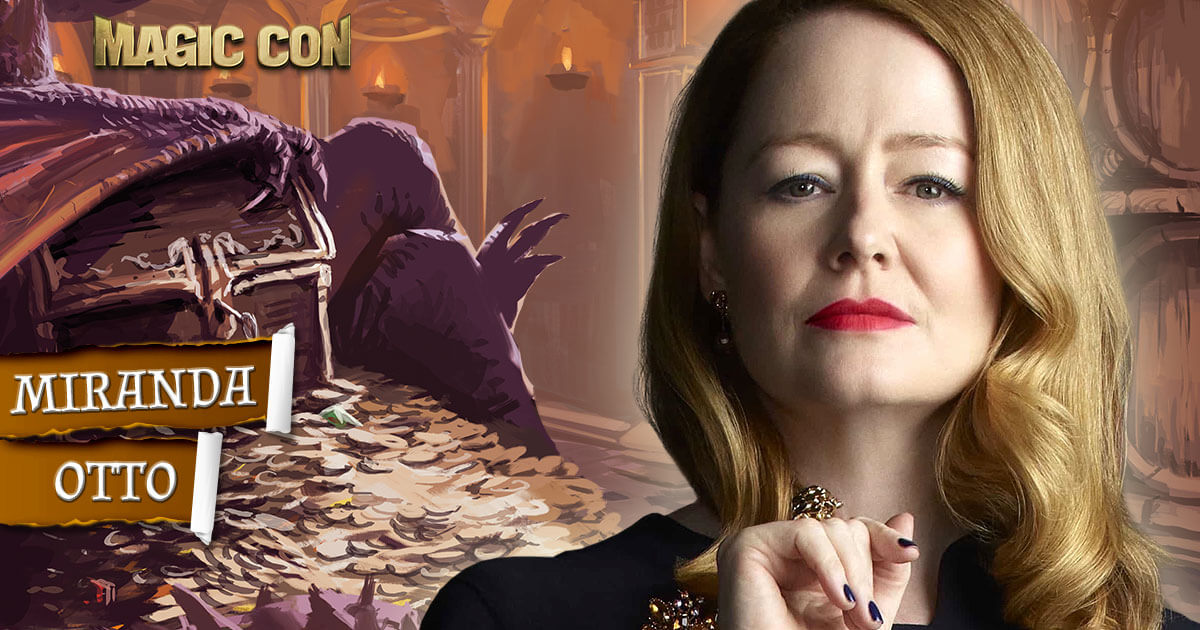 With Miranda Otto we can look forward to the actress of the beautiful, courageous and clever Éowyn from J. R. R. Tolkien’s The Lord of the Rings trilogy at MagicCon 4. The Australian actress awakened Rohan’s shield maiden in The Two Towers and The Return of the King to cinematic life.

And Miranda Otto also moves in magical dimensions. In Chilling Adventures of Sabrina – the successful series production of an American comic book series – she mimes Zelda Spellman, one of the aunts of the main protagonist Sabrina Spellmann.

Before Miranda Otto discovered her love for acting, she started a medical education, which she gave up in favour of her passion. Since her screen debut in 1986 (Emma’s War), the filmography of the versatile actress has grown continuously. Among them are cinema hits of very different forms such as the SF epic War of the Worlds or the horror spectacle Annabelle 2. Successful productions such as Homeland or 24: Legacy can be found in the series area.

We are looking forward to a wonderful weekend with Miranda Otto at MagicCon 4 and – like you – are curious to see what she has to say about her career. Besides autograph and photo vouchers, a nice “Meet & Greet” awaits you with her in the Ticket-Shop.