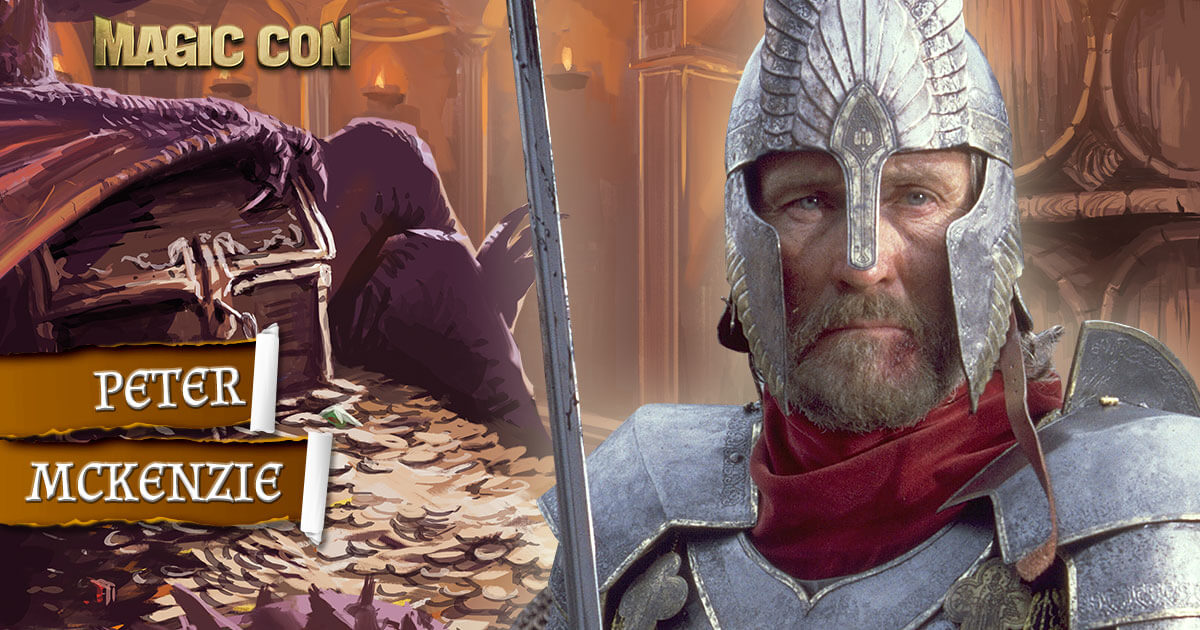 Peter McKenzie alias Elendil from J. R. R. Tolkien’s fantasy worlds, the owner of the legendary sword “Narsil”, sets off to Bonn for MagicCon 4. The New Zealand actor was featured in Peter Jackson’s film adaptation of The Fellowship of the Ring as the son of Amandil, the last Lord of Andúnië. By the way, he also slipped into this role for the video game The Lord of the Rings: The Third Age.

Peter McKenzie went on another trip to fantastic film worlds under the direction of Peter Jackson in 2005 for the production King Kong. In addition, the Wellington-born actor played in several TV series.

Together with Peter McKenzie, we are looking forward to reviving many beautiful memories of the first Lord of the Rings film on MagicCon 4. And of course you can also get an autograph and a photo together with him. Or you can join the exclusive “Meet & Greet”. Tickets and vouchers wait as usual in the Ticket-Shop.