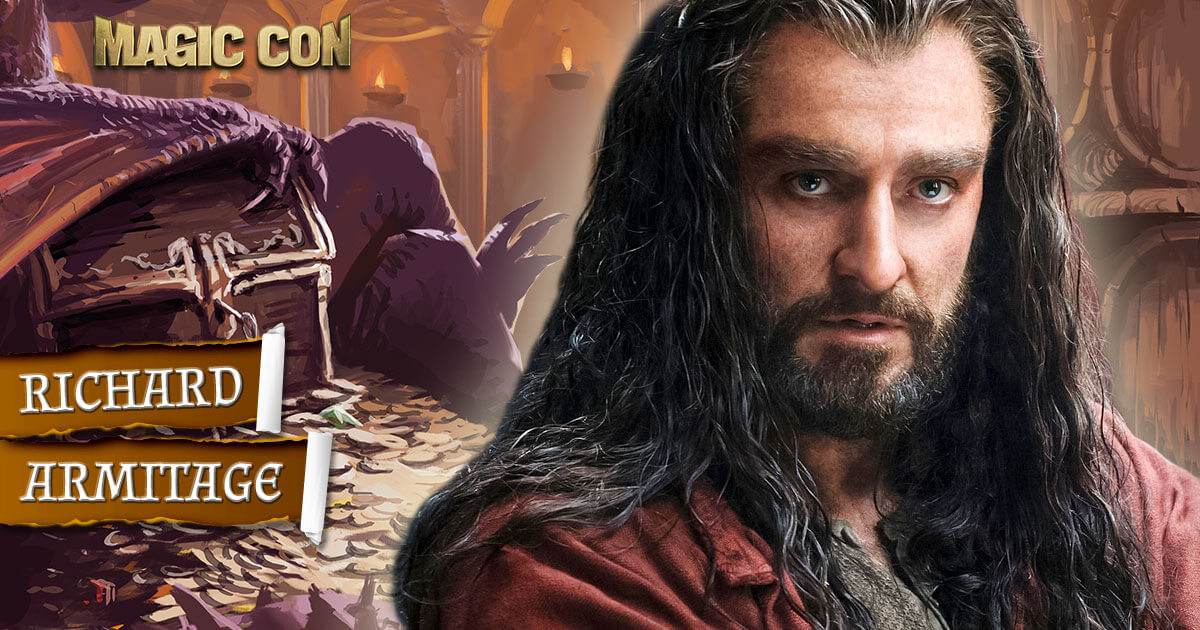 Whether on the stage in front of and behind the scenes, as a radio play actor or of course in series and film roles, MagicCon 4 star guest Richard Armitage is at home in all areas of show business. But the focus at the con will certainly be on his role as dwarf Thorin Oakenshield in the three-part adaptation of J. R. R. Tolkien’s The Hobbit.

But just a quick glance at the impressive filmography of Richard Armitage reveals that the British actor has undergone an impressive development since the beginning of the 90s, which is always crowned by new highlights.

Armitage, who spent three years perfecting his acting skills at the „London Academy of Music and Dramatic Art“ (LAMDA), among others, set his career in motion in 2004 with the performance of cotton manufacturer John Thornton in the TV literary film adaptation North and South. Since then numerous productions followed. Among them, besides the Hobbit films, such well-known hits as Alice Through the Looking Glass, Captain America: The First Avenger and Ocean’s 8, or e.g. his leading role in The Lodge, which starts in Germany at the end of 2019. His series credits include shows like Hannibal, Robin Hood, Castlevania and – now in the production phase – The Stranger.

With Richard Armitage’s visit to MagicCon 4, you can look forward to a versatile and charismatic actor who is also available for autographs and photo sessions. Richard Armitage is on MagicCon 4 the complete Sunday. As always, the vouchers can be found in the Ticket-Shop.