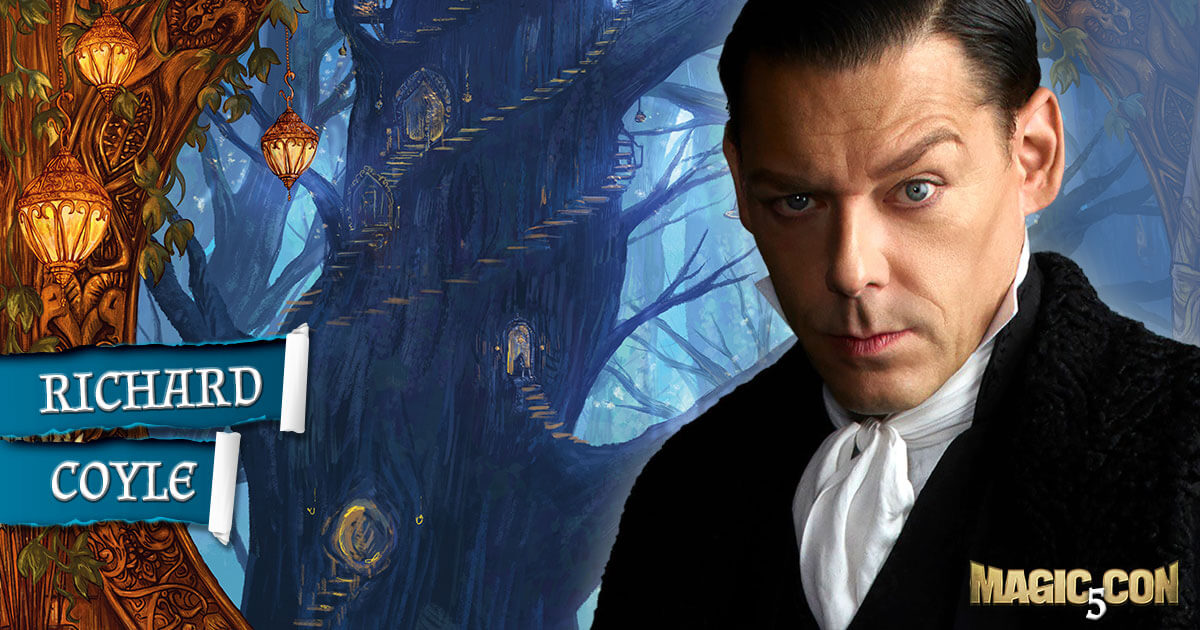 Caution is advised, as a dangerous sorcerer in the form of Richard Coyle joins the magical guest cast of MagicCon 5. The Sheffield-born actor is in the Netflix series Sabrina in the sly skin of Father Faustus Blackwood.

Even before Coyle slipped into this role in 2018, he was already cavorting in the fantastic genre a few years earlier. For example as the main actor of the same name in the TV mini-series Strange (2002 – 2003), in which he declares war on demons and the dark side of the church as an ex-priest. Another mini-series leading role in his long filmography is the Terry Pratchett adaptation Going Postal (2010). On the screen he could be seen as Tus in Prince of Persia: The Sands of Time on fantasy film trails.

While Richard Coyle was already studying politics at York University, his acting career also picked up speed. His first smaller appearances in 1998 were quickly followed by a major role in William Shakespeare’s Macbeth (TV film).

We are delighted to welcome the busy actor to the MagicCon 5 stage. And, who knows, maybe his Sabrina colleague Miranda Otto (Zelda Spellman) will join us. Only you are missing … vouchers for autographs and photos are waiting for you in Ticket-Shop.