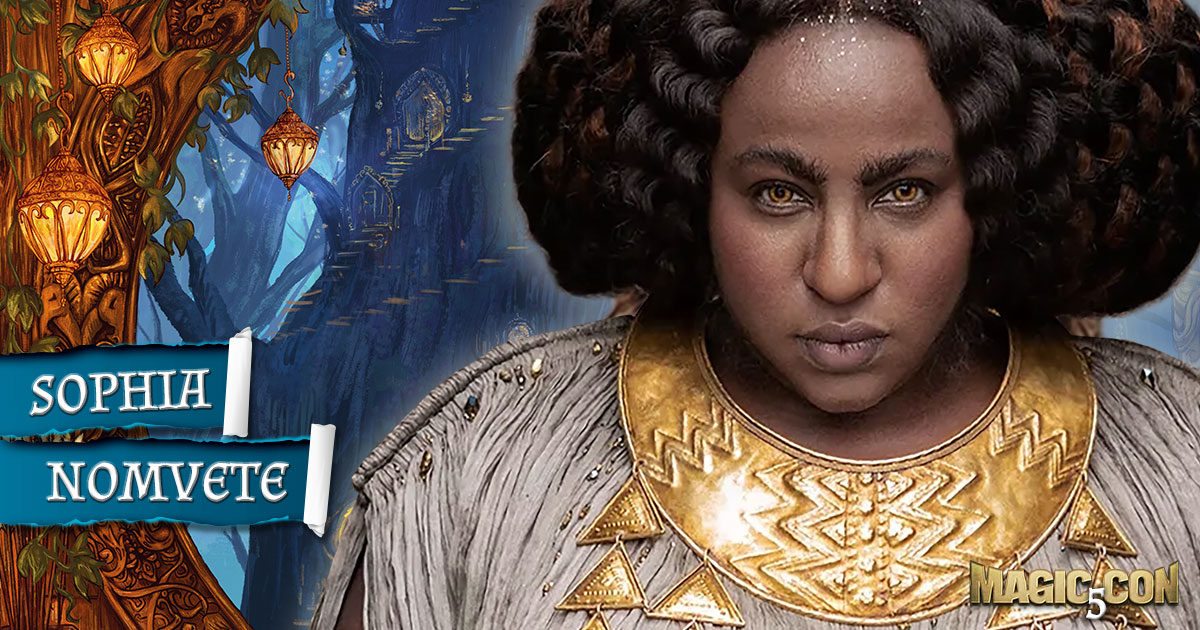 With the dwarf princess Disa, we get to experience the appearance of a new character in the Lord of the Rings fantasy universe. The strong character from the Second Age is played by Sophia Nomvete in the series The Rings of Power, which premieres on Prime Video on September 2.

The British-born actress always cuts a fine figure not only in front of the camera but also on the boards that mean the world. As part of her numerous theater engagements, she has already received several awards and nominations.

You can experience Sophia Nomvete live on stage at MagicCon 5, get her autograph, take a souvenir snapshot with her in the photo desert, or meet her in person at an exclusive “Meet & Greet”. Vouchers are now available in the Ticket-Shop.