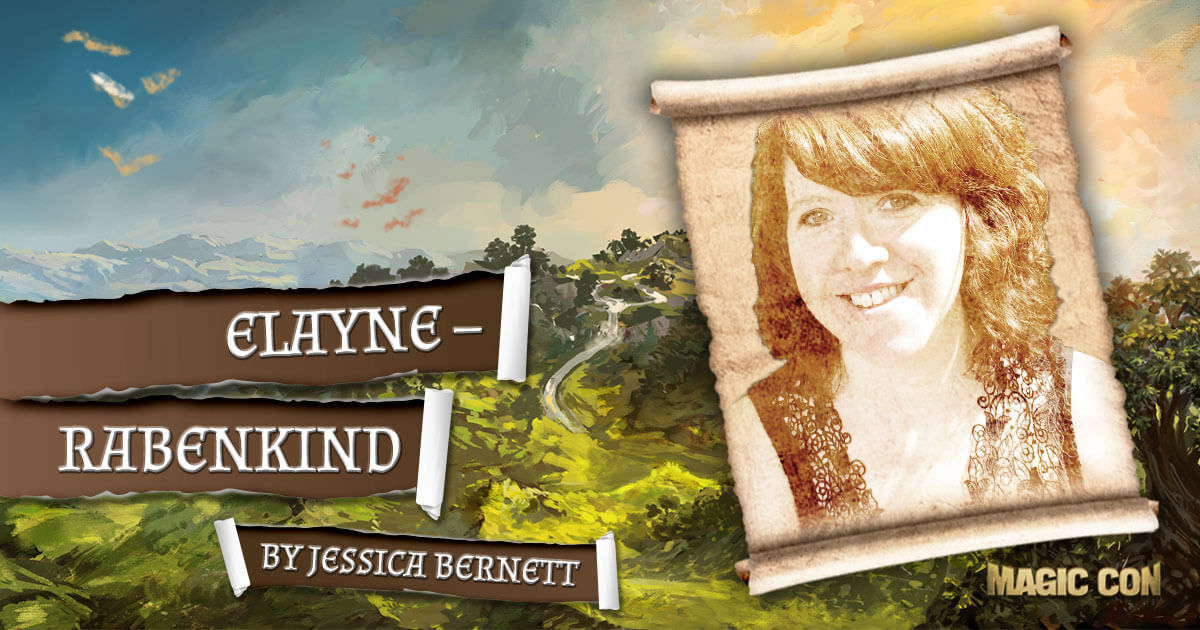 With her novel Elayne – Rabenkind (Elayne – Raven Child), Jessica Bernett sets off into early medieval Britain and on the tracks of King Arthur:

A prophecy she can’t escape. A burden she can hardly bear. A love, tender, fragile and threatened by lies, intrigue and the game of power.

The young Elayne of Corbenic grew up in a dark fortress in the north of Britain. Her father, King Pelles, is obsessed with a vision that Elayne’s mother is said to have had shortly before her death. Elayne becomes the mother of the greatest hero of all time. For this the king sacrifices everything: the welfare of his people and the love of his daughter.

The novel is the start of a trilogy published by Sternensand Verlag.

The author reads selected passages from her book, reports on her research work and is looking forward to the questions of her listeners.

Duration: 60 min  -  The Lecture will be held in: german
Jessica Bernett was born on a sunny autumn day in 1978 as the granddaughter of a book printer in Wiesbaden. She would love to travel all over the world and spend a few months in every place. Currently she lives with her husband, her two children and two cats in Mainz. She loves strong women's figures, which she involves in exciting stories and romped about in all areas of fantasy, from historical fantasy to urban fantasy and science fantasy. When she's not plunging into adventures with her children, writing or dreaming of new stories, she likes to go to conventions to share her favourite series, movies and books with like-minded people.