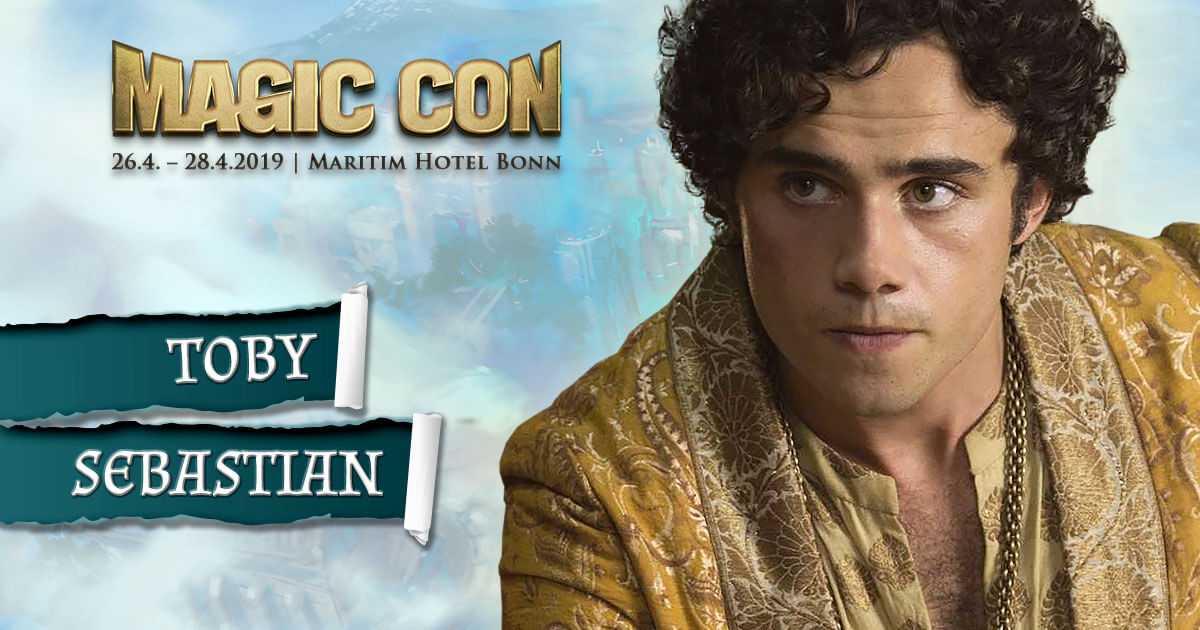 Now it will be majestic at MagicCon 2019, because Prince Trystane Martell from the hit series Game of Thrones is off to Bonn. The character was played by Toby Sebastian.

The actor, who grew up in Andalusia, Spain, has been active in the film business since 2012. His credits already include a considerable number of TV series and feature films. Among them La musica del silenzio (2017) – a moving biography about the blind singer Andrea Bocelli with Antonia Banderas in the leading role. This year Sebastian can be seen on the big screen in the role of Cam alongside John Travolta in the action film Trading Paint or the drama Music, War and Love.

We are very much looking forward to the stories Prince Toby Sebastian will bring us to MagicCon. All you need to be there live is a ticket from the Ticket-Shop.