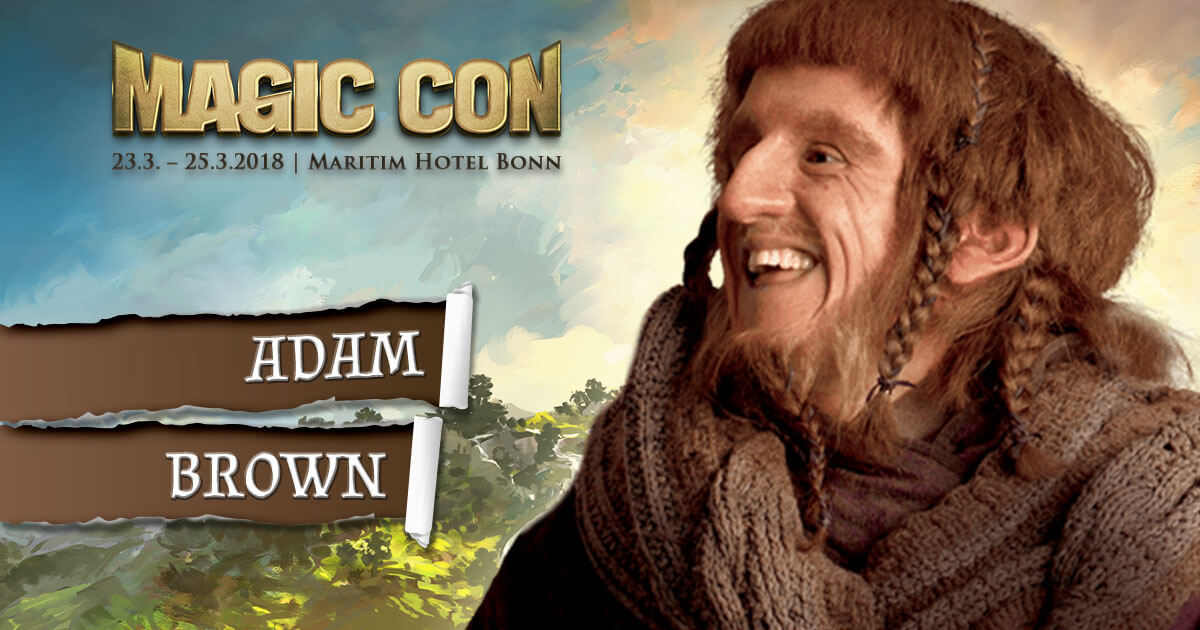 Adam Brown, another good pal of the Lord of the Rings universe, is on his way to MagicCon. In 2013 Adam was on stage for the first time at HobbitCon and enchanted the audience directly. Perhaps that’s exactly what director Peter Jackson saw in him: “He is a wonderful actor with a unique screen presence,” we all know Adam Brown as the dwarf Ori from The Hobbit trilogy. A dwarf of Durin’s people, known for his writing. Together with the other dwarves he accompanies Thorin on his journey to Erebor, the Lonely Mountain. Apart from Kili and Fili, he is one of the youngest dwarfs in the troop.

Adam Brown is a British actor and comedian. The Hobbit was his first work for the cinema. Peter Jackson casted Ori with Adam and was pleased to see “how he breathes life into Ori. He was recently featured as a cremble in the latest Pirates of the Caribbean adventure Dead Men Tell No Tales.

Haribo fans may have already noticed him: he was featured in the 2014 commercial for the Haribo Starmix!

Adam completed his acting education at Middlesex University in the field of performing arts, where he founded the comedy theatre group “Plested and Brown” together with Clare Plested and later Amanda Wilsher. He has already written and performed various plays.

It is a great pleasure for us to welcome Adam Brown to the MagicCon. Save your tickets in the Ticket-Shop.