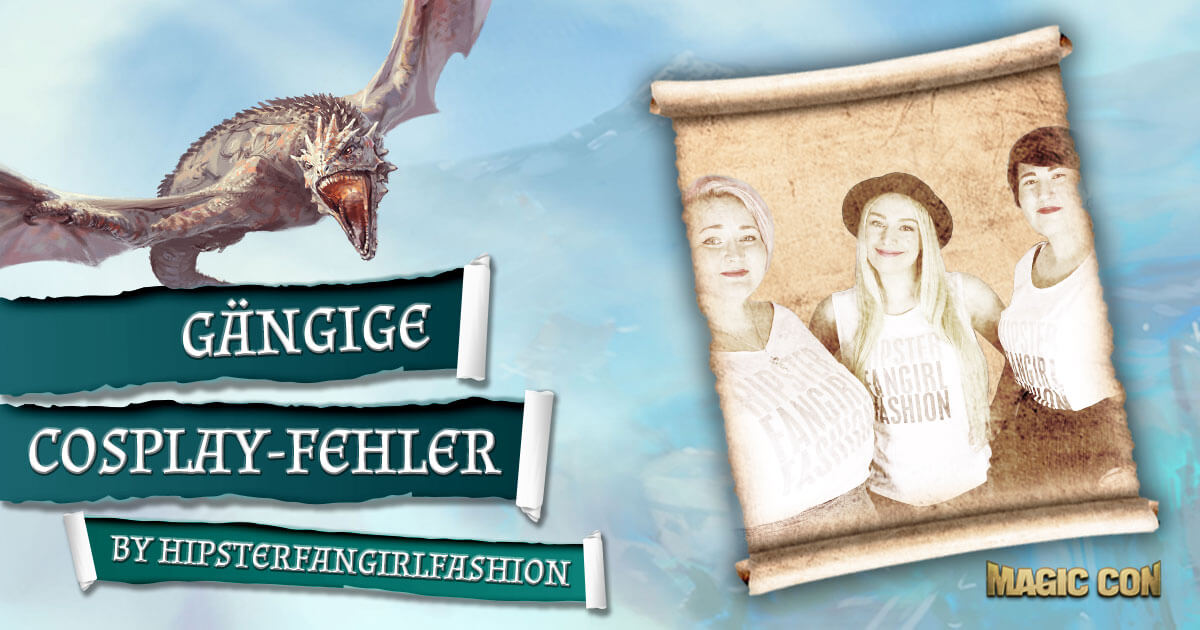 Common Cosplay Errors and how to avoid them!

Start cosplaying one day before the convention? Didn’t do enough research before? Still gluing everything quickly with the superglue?

We cosplayers probably all know this: At some point you burned your fingers on the hot glue gun or can’t get any air from the paint spray that you wanted to try out “just for a moment” in the room. The cutter knife suddenly becomes the most dangerous weapon and the freshly dyed fabric has become a total disaster instead of a masterpiece.

What are the most common mistakes in cosplaying and how can they be avoided in advance?

The three girls from Hipsterfangirlfashion report on MagicCon 5 about the most frequent and worst problems that have arisen during the production of their costumes so far and give you valuable tips to avoid them.

In a mutual exchange they also like to talk about your cosplay problems that have appeared with your costumes and help you. Get your ticket right now at the Ticket-Shop and join us!

Duration: 60 min  -  The Lecture will be held in: german
Jennifer, Lea and Yavanna - These are Hipsterfangirlfashion. The three girls of the casual cosplay group have been organizing regular photo shootings since 2014, where you also have the exclusive opportunity to take part. For their blog they write articles about cosplay looks suitable for everyday use. They are also always present at the conventions and report about the events for you in their videos and contributions. In their workshops they not only show you tips and tricks about cosplay, they also entertain you with interesting lectures about fashion, beauty and fandom!