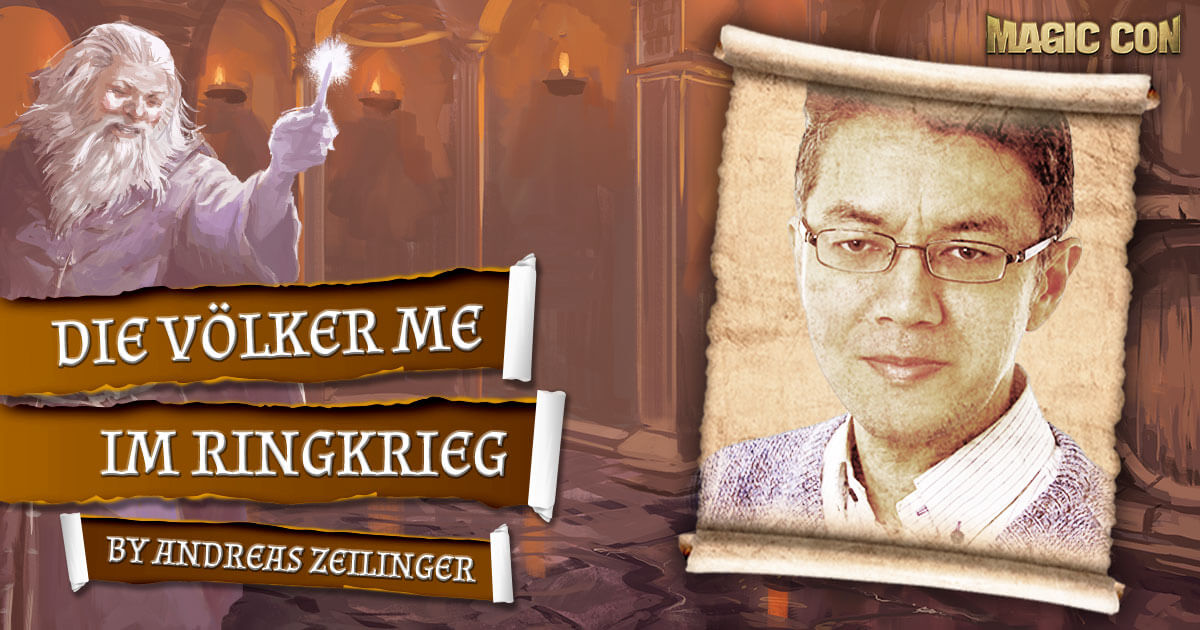 In The Lord of the Rings by J. R. R. Tolkien there are members of very different peoples of Middle Earth. First one encounters the Hobbits from the idyllic rural Shire, who had little concern for the affairs of other peoples or events in foreign regions.

But in the course of history one also learns about Hobbits who did not live in the Shire. In addition, different human races appear: Bree-folk, Dúnedain of the North, Gondorians, Rohirrim, Beornings, Bardings, Dunlendings, Easterlings and Haradrim. Towards the end of the Third Age, some Elven peoples still lived in Middle Earth, namely in Lindon, Rivendell, Lórien and Mirkwood. But also the dwarves of Erebor, Ents from the Fango Forest and other less sympathetic peoples of Middle Earth should not go unmentioned.

This lecture by Andreas Zeilinger at the MagicCon 5 offers an overview of the different peoples and their countries. In addition, the exhibition also focuses on which side they fought in the Ring War or how they were drawn into the war.