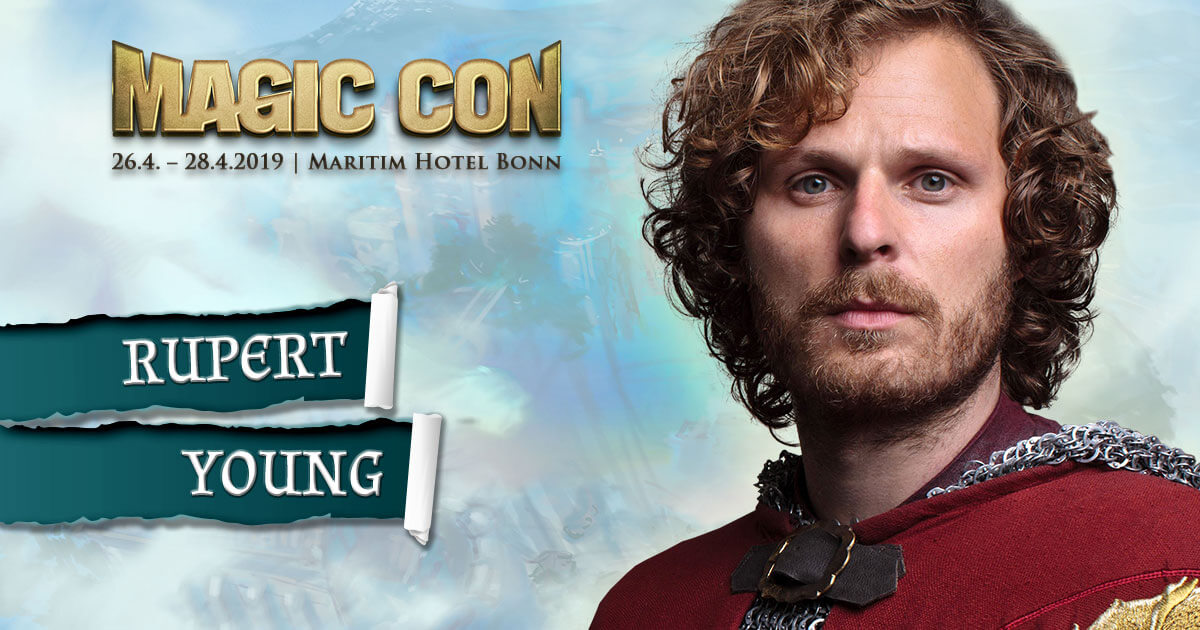 With Rupert Young we welcome a knight of Camelot at MagicCon 2019, an actor born in London in 1978 who was part of the regular cast of the highly successful TV series Merlin, which was broadcast in over 50 countries.

The likeable actor has been in the film business since 2004 and has so far appeared in various British television series. These include the science fiction production Primeval or Doctor Who.

Join us when Rupert Young invites you to the MagicCon Round Table and talks about his experiences around Merlin & Co. The tickets are available in the Ticket-Shop.