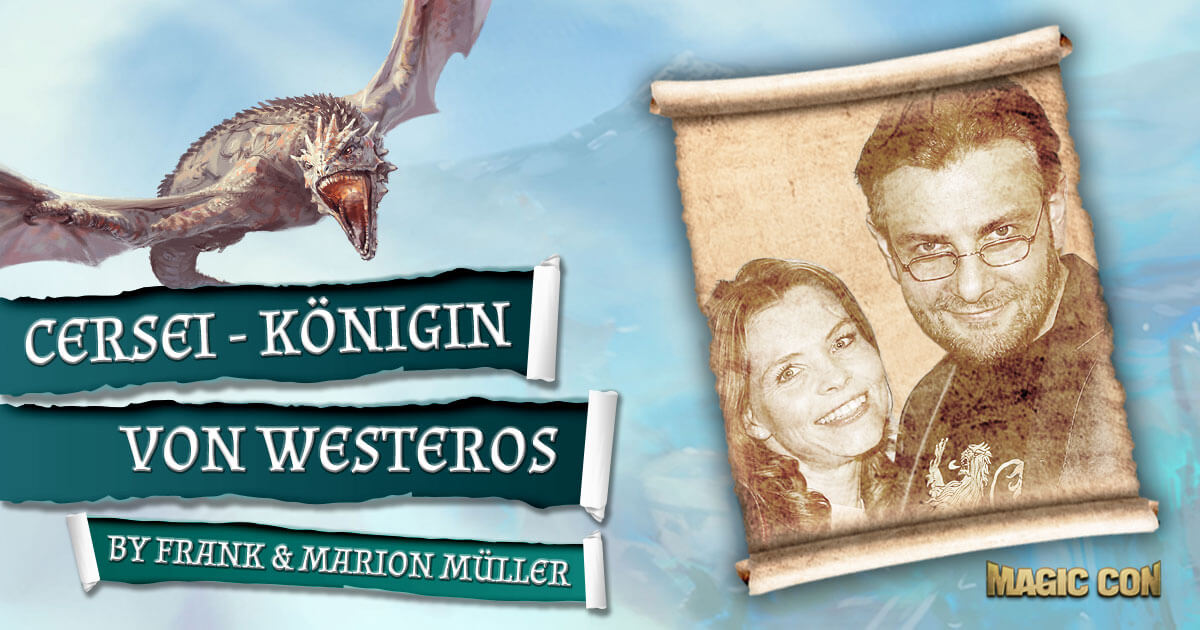 Cersei Lannister has crowned herself queen and rules Westeros. But how did it come about that a woman is now sitting on the Iron Throne? Why does she love one brother, and why does she hate the other so much? How did her father influence her and did she really deserve the Walk of Shame? Answers can be found in the lecture Cersei – Königin von Westeros (Cersei – Queen of Westeros) at MagicCon 5]