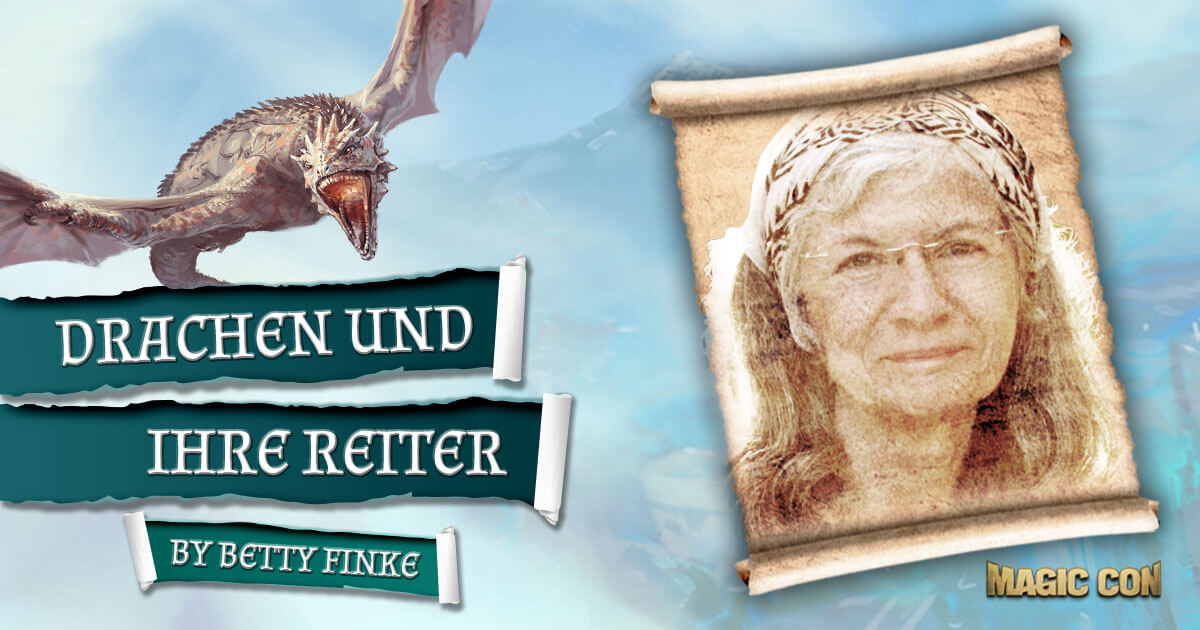 From Pern to Westeros – Dragons and their riders in the Fantasy

This may be new to some younger readers, but dragon riders are already a popular topic in fantasy literature before “Eragon” and “Game of Thrones”. The lecture Dragons and their riders by Betty Finke first introduces the (some today no longer known) “Ur-Drachenreiter” from Anne McCaffrey Pern series, which actually belongs to the Science-Ficton, but shows a good example for the sometimes flowing borders between SF and fantasy and in any case had a big influence on fantasy.

Subsequent authors have taken up the topic, whether as a direct copy like Christopher Paolini in “Eragon” or as an individual copy like Naomi Novik in the “Temeraire” series. The current final point is the Targaryen dragons in “Game of Thrones”, which despite some differences cannot deny their descent from Anne McCaffrey’s Pern dragons.

Duration: 45 min  -  The Lecture will be held in: german
Who or what am I? A trained literary scholar, studied to become a teacher, but fortunately escaped this fate and instead worked as a freelance author and translator. Fantasy fan since my school days, with a broad spectrum of interests without specific fandom affiliation, but with certain focal points (Tolkien, "Harry Potter", Lovecraft, "Discworld", "Game of Thrones"). Member of the "German Tolkien Society" and RingCon/HobbitCon/MagicCon first-hour visitor. In recent years I have given numerous lectures on all three cons, which were very well received. My goal is to illuminate motifs of fantasy and their origins in an entertaining way and to introduce the audience to connections and authors they may not yet know.

Sources & additional links for Dragons and their riders: