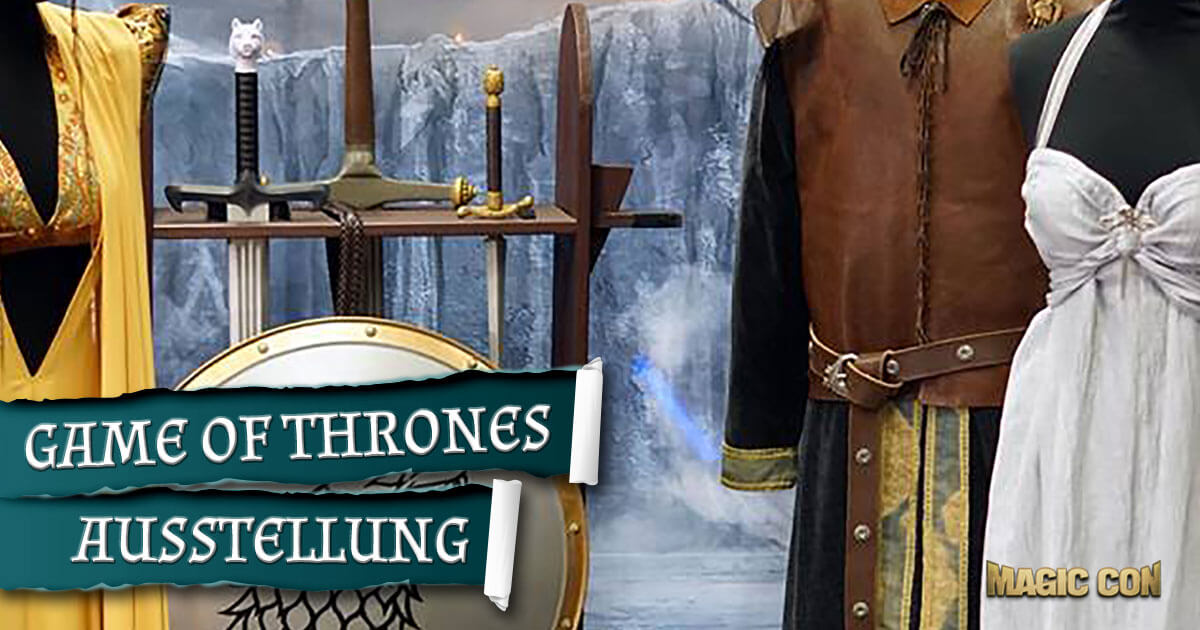 Frank and Marion, the “German Superfans” of Game of Thrones will not only give lectures and workshops at MagicCon 5, they will also bring their own Game of Thrones exhibition to the Maritim Hotel Bonn.

Beside their self-made costumes, which even attracted the attention of the costume designer of Game of Thrones, Michelle Clapton, the “German Superfans” present weapons, armor and many other items from the popular fantasy series Game of Thrones, some of which were provided directly by HBO (the channel Home Box Office)!

Look forward to this great exhibition, which is included in the Ticketprice of MagicCon 5.