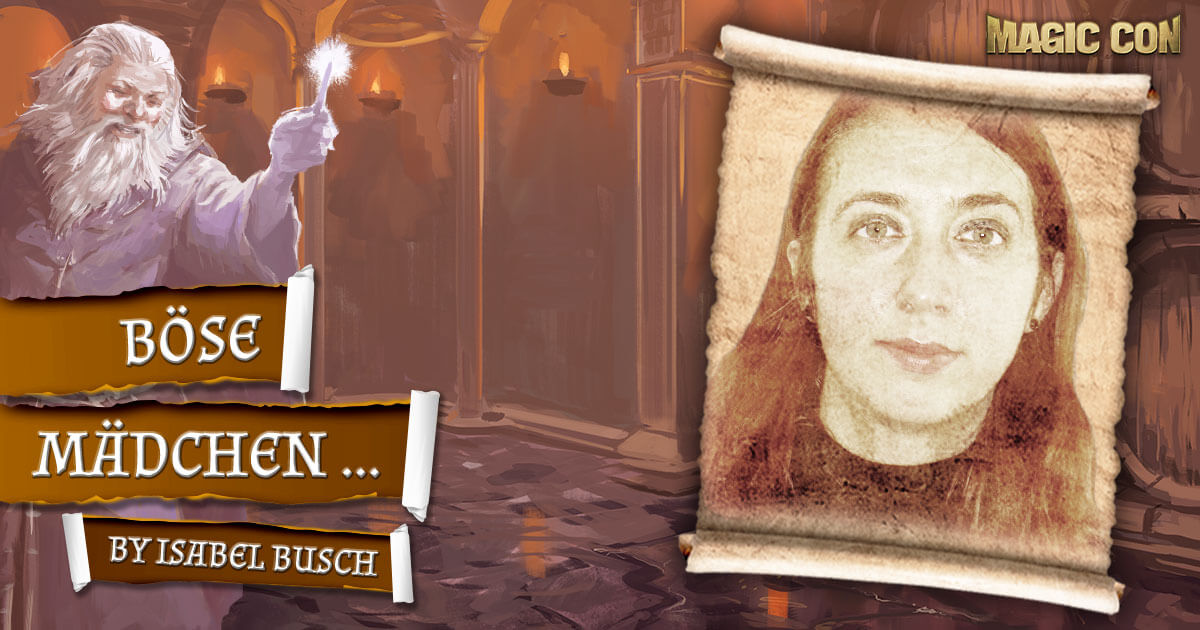 The story shows many rebels who stood up to all resistance and went their own way, like pirates, warriors and women who fought with martial arts for women’s rights. But also fantasy literature and pop culture know female figures who go their own way, sometimes more or less warlike. Tolkien even has several such female figures in his Legendarium; better known ones like Éowyn, Galadriel and Lúthien and lesser known ones like Haleth and her warriors or Aredhel.

In the newer known English Fantasy there are also female figures who are “strong” in various ways and go their way. The “Riot Grrrl” movement of the 90s helped fantasy action heroines like Xena and Buffy to cult status.

The multimedia lecture Bad Girls… by Isabel Busch on MagicCon 5 tells about these women, the real ones as well as the fictional ones. The aim is to both inform and entertain.

Duration: 60 min  -  The Lecture will be held in: german
Isabel Busch, M. A., studied English Literature, Comparative Literature and Modern and Contemporary History at the Rheinische Friedrich-Wilhelms University Bonn and at the University College Cork. She is doing her doctorate in English language and literature on gender concepts in modern English fantasy novels (as of November 2019) and works as a research assistant at the Haus der FrauenGeschichte (HdFG) in Bonn. Isabel Busch has lectured at the HdFG and at conferences of the Inklings and the German Tolkien Society on various topics such as the history of the "witches", warriors of history, protagonists and antagonists of J.K. Rowling and women's history in the world of George R. R. Martin. This lecture is part of a project funded by the Federal Ministry for Family Affairs, Senior Citizens, Women and Youth (BMSFSJ).