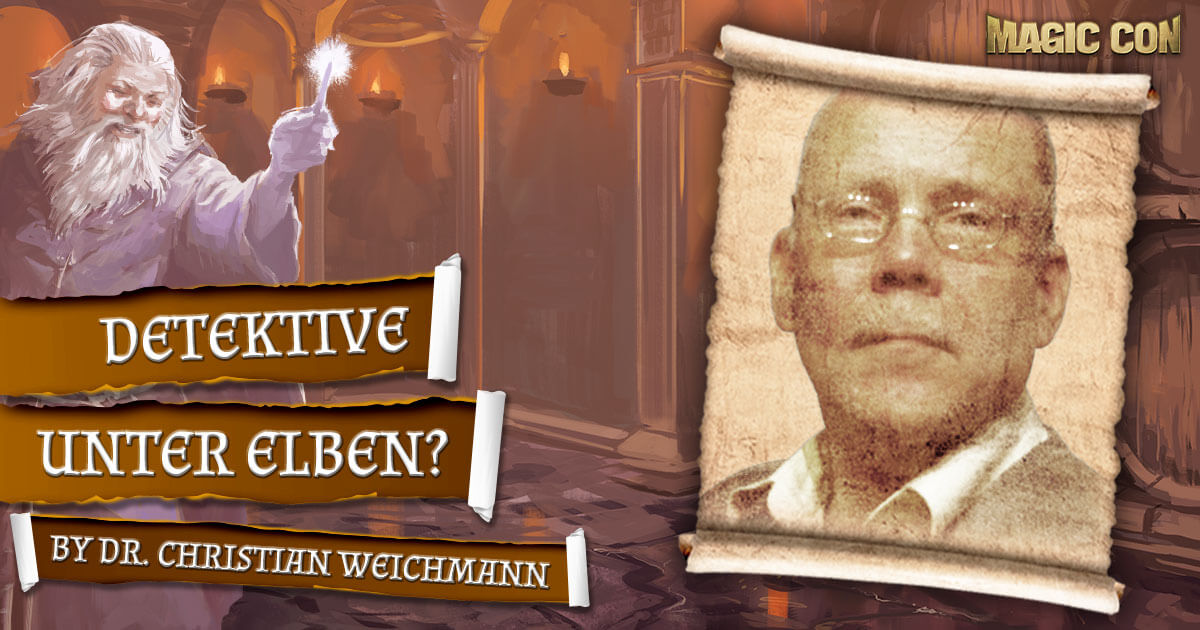 “Urban Fantasy” detective stories and what they have to do with Tolkien. No Elbs, no Orcs, no dwarves, no Hobbits, but instead elves, werewolves and rivers. Modern “Urban Fantasy” stories about supernatural detectives in Chicago or London don’t seem to have much to do with Tolkien at first glance. And yet the works of Ben Aaronovitch and Jim Butcher contain many references and allusions to Tolkien and his work.

In the lecture Detectives under Elbs? at MagicCon 5, Dr. Christian Weichmann introduces this somewhat different kind of fantasy and shows how it is influenced by or deviates from classical fantasy. Especially where she is inspired by Tolkien or at least uses his image. Partly as a role model, but partly also to differentiate herself or just as a reference that is quoted to show that the protagonists have the same background as the readers of the stories.

Duration: 60 min  -  The Lecture will be held in: german
Dr. Christian Weichmann has been a Tolkien and Fantasy reader for a long time. Soon after its foundation he joined the German Tolkien Society. In this society he was a member of the board for a long time. And even now he still represents them again and again as a lecturer or quiz master at events. He also works for the association magazine "Der Flammifer von Westernis" and in the DTG advisory board. He is interested in the whole work of Tolkien, especially in things that are often overlooked in the shadow of Lord of the Rings and also in the person of Tolkien. He earns his living as a technical software developer in Bonn.