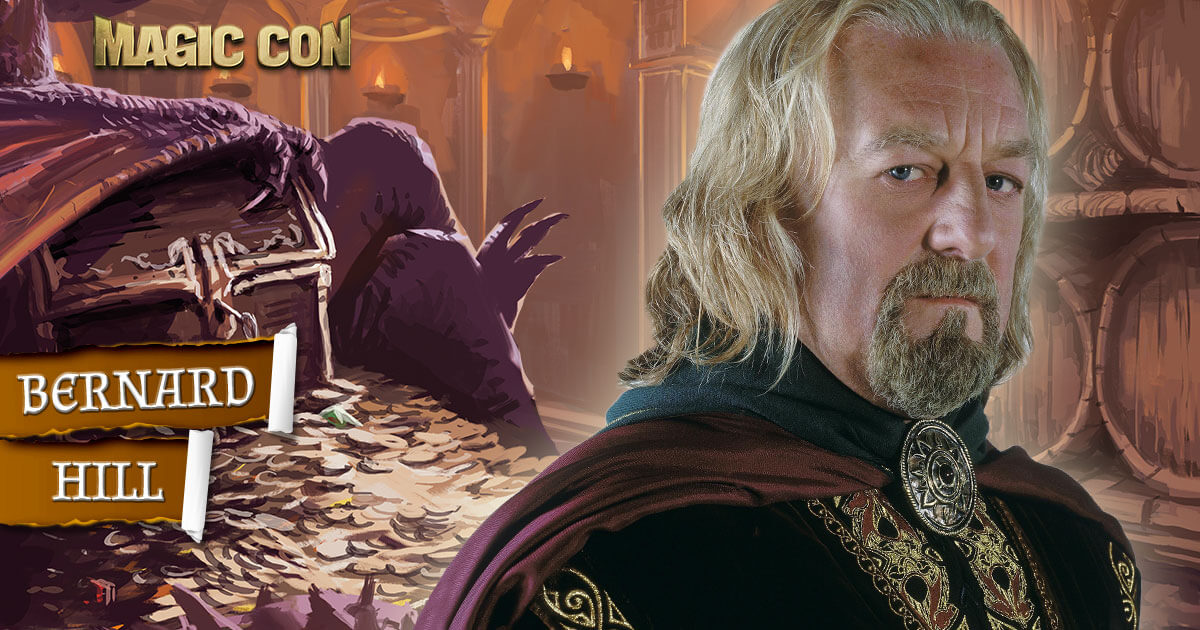 Born in a district of Manchester, Bernard Hill feels perfectly at home in film, television and theater. He took on the role of Captain Smith in James Cameron’s Titanic adaptation, which brought him international fame. Fans of The Lord of the Rings will know Hill best as King Théoden in Peter Jackson’s fantastic film trilogy. He slipped into this role in The Two Towers and The Return of the King.

Bernhard Hill, by the way, is the only actor to have appeared in two of the three films that have each won eleven Academy Awards to date (Ben Hur, Titanic, The Return of the King).

Get Bernard Hill’s autograph at MagicCon 5, have your picture taken with him and see him live on stage.