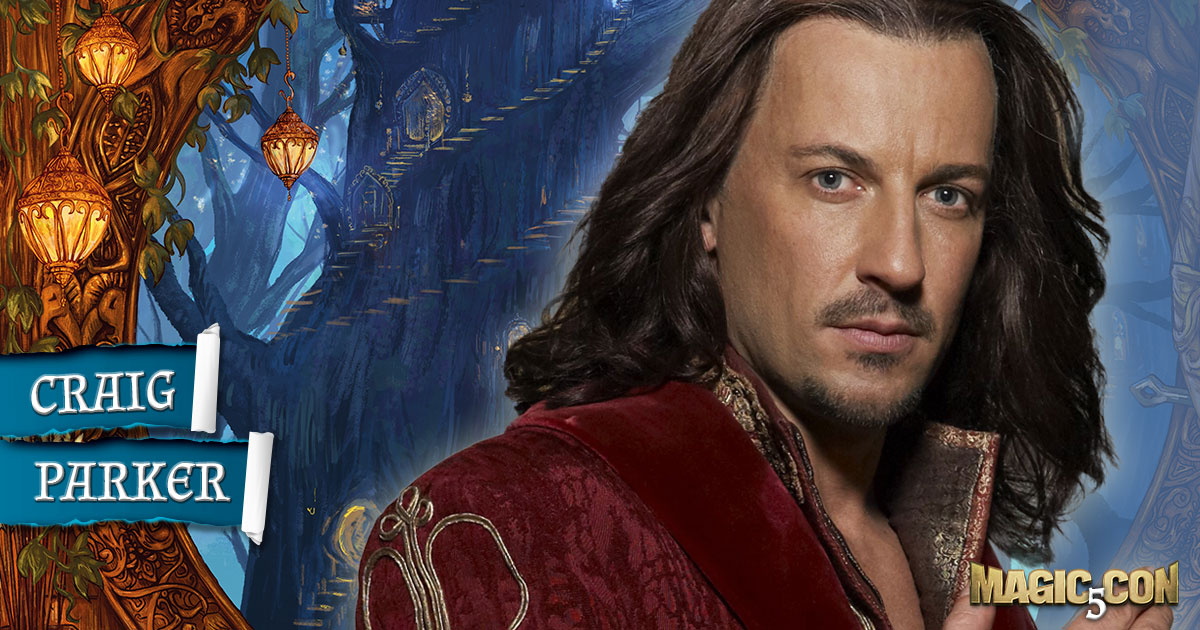 Our legendary star guest Craig Parker will be back at MagicCon 5, much to everyone’s delight! The stage presence of “Sexy Mark”, as he is well known among hard-working con visitors, proves again and again to be a real treat on stage.

But Craig is not only a welcome guest in the convention area. The New Zealander, born in Suva on Fiji, is known worldwide – he owes this above all to his role as Haldir in The Lord of the Rings. The elb, who comes to the aid of the companions and Rohan in The Two Towers, dies a dramatic death at the battle of Helms Klamm. But also before Haldir Craig Parker played in a well-known fantasy production: As King Cleades in Xena – Warrior Princess. And after that he was still very busy, he was dubbing some episodes of Power Rangers and was also seen in Shortland Street, where he had played before.

His most important roles lately are that of Gaius Claudius Glaber in Spartacus. There he appeared in the first season and in the second he has already become a permanent, recurring character. In another fantasy TV series, Legend of the Seeker, Craig Parker got another leading role as Darken Rahl. But that’s not all – the last time you could see the likeable actor as Lord Narcisse in the TV series Reign, in Marvel’s Agents of S.H.I.E.L.D. (Taryan) and 2018/2019 in Charmed, the new edition of the popular series classics Charmed. His current series appearances include roles in Shortland Street and Good Trouble.

All you need to experience Craig in action at MagicCon is a ticket. And of course you can get it, besides autograph, photo vouchers and a special “Meet & Greet”, here in the Ticket-Shop.