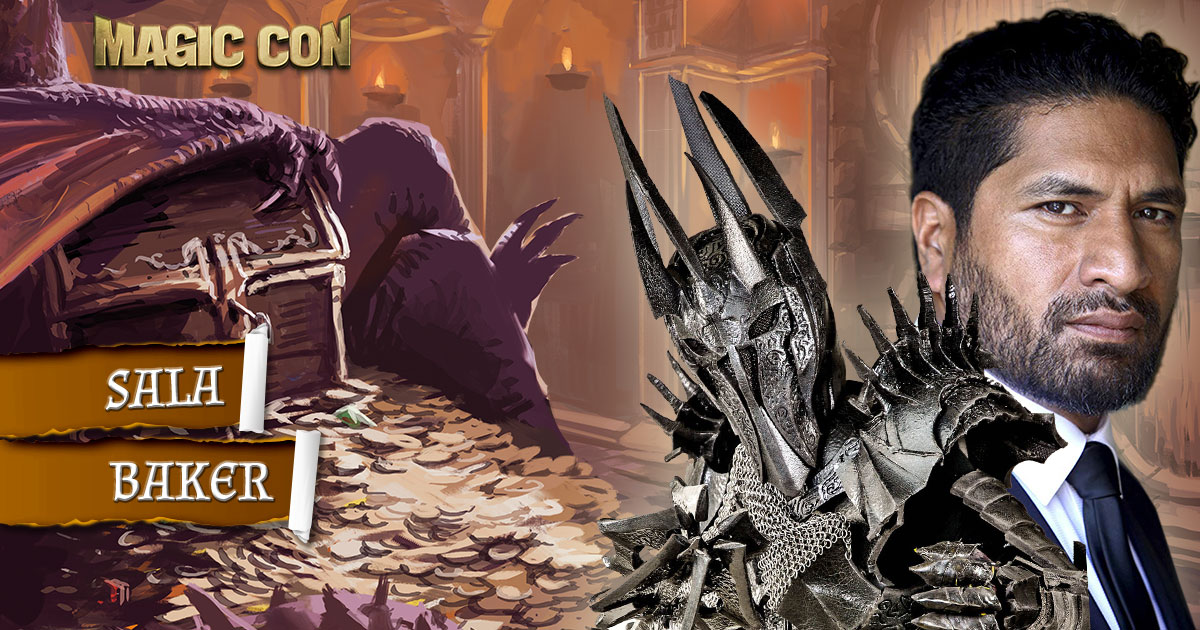 He has forged it, the “one ring” … and now Sauron is about to leave his mighty fortress Barad-dûr in Mordor to come to Bonn for MagicCon 4. Or more precisely, we may welcome Sala Baker there, who played the “Abominable” in Peter Jackson’s film adaptations of The Lord of the Rings. And by the way, the New Zealander also played a dark Uruk-hai in The Two Towers.

Apart from his acting activities, Sala Baker is mainly active as a stunt coordinator and performer in the industry. In this field, the filmography of the actor, who was born in Wellingtion, includes many well-known TV and film productions. Whether it’s series such as True Blood, The Mentalist and 24: Twenty Four, or cinema hits such as Pirates of the Caribbean, Deadpool, various Marvel film adaptations or the new video game Star Wars Jedi: Fallen Order, his qualities in the field of stunts are in great demand.

At MagicCon 4 Sala Baker will certainly have a lot to tell and answer your questions. And in good old tradition you can of course get his autograph or have your picture taken with him. Tickets are waiting for you in the Ticket-Shop.