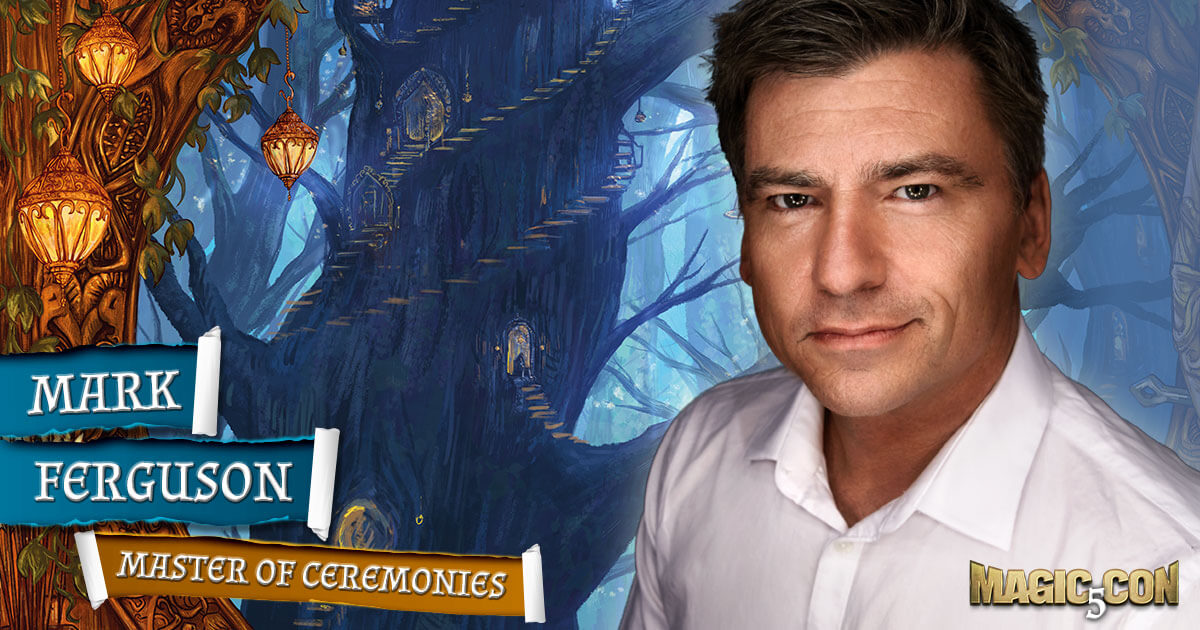 Mark Ferguson, best known as “Maxi Mark”, will again accompany us all at MagicCon 5 as “Master of Ceremonies” with his popular moderation through the con weekend.

Read for yourself what he has to say about it:

Kia ora to my magical family!

As you know it has been 20 years since a few terrified actors from New Zealand stepped onto the Maritim stage. To mark the occasion, we are putting together a special opening show that celebrates the idea of coming home. It may be the greatest show ever performed! (unless Craig screws it up like he did the Phantom show)

Songs, special guests, special effects. With a budget that is less than the cost of one of Benjamin Walker’s elf ears. Be there! When theatre history is made!  (I’ll still love you if you can’t make it)
Your Maxi Mark

Born in Sydney, Australia, he began his acting career in 1982 shooting numerous TV-series, such as Sons and Daughters, A Country Practice, as well as the movie The Rainbow Warrior with a young Lucy Lawless in 1992.

Shortly afterward, he got a job in the New Zealand soap Shortland Street, also starring his friend and colleague Craig Parker. Later, Mark worked with Lucy Lawless again, this time he had some appearances in her TV series Xena – The Warrior Princess. He also appeared in the series Hercules in the Episode “As Darkness Falls” (1994) as well as in the TV movie Hercules: The Legendary Journeys – Hercules and the Circle of Fire. Mark hosted the New Zealand version of Big Brother in 2001 and 2002. For his fans he is best-known as Gil-Galad in the movie The Lord of the Rings: The Fellowship of the Ring and as our “Master of Ceremonies”.