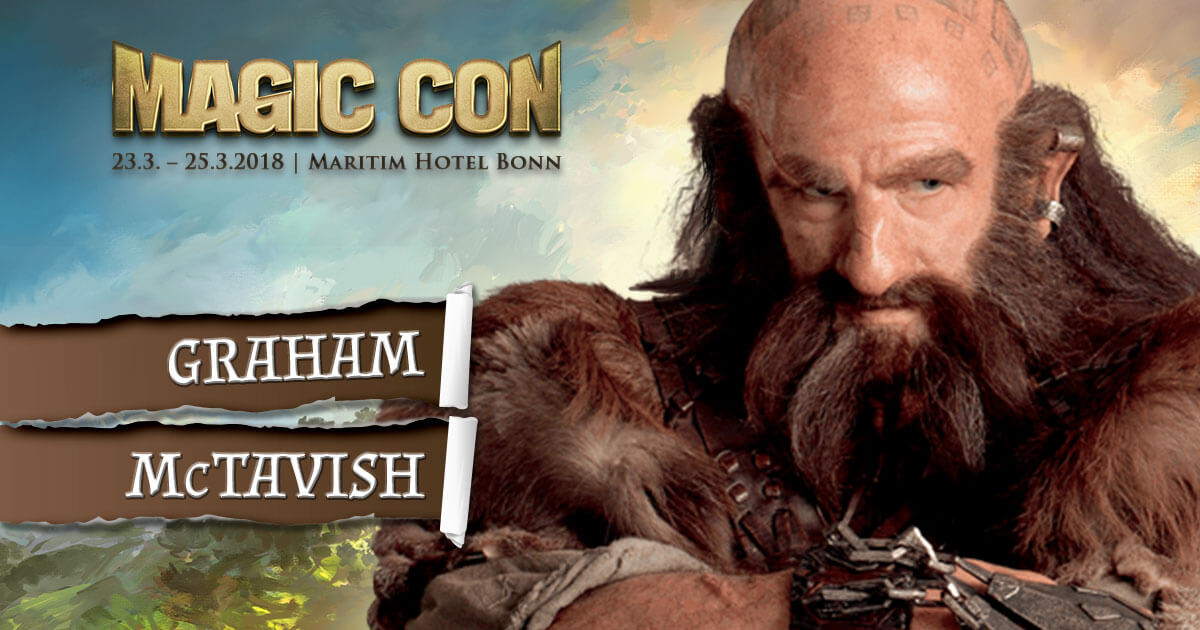 A Scot, a dwarf and a War Chieftain sums up only one man: Graham McTavish! The Glaswegian will join us at MagicCon 2018!

What would the MacKenzies from Outlander be without their War Chieftain? Fairly as successful as they are! The man gives everything for his clan and much more. Casting Graham McTavish as Dougal MacKenzie probably was the best decision. The Scot puts all of his talent into acting and the outcome is a very convincing warrior in 18th century Scotland. All Lord of the Rings fans know McTavish (born in 1961) as the Hobbit dwarf Dwalin in the trilogy directed by Peter Jackson based on the J. R. R. Tolkien classic novel of the same name.

He played in numerous action movies, such as the last Rambo. In Hooligans 2, he even played one of the main characters. In addition to that, Graham could be seen in various TV Series, such as 24, Numb3rs, Lost, CSI: Miami and Navy CIS. Peter Jackson chose him for the role of Dwalin because “he is an amazing actor with a lot of experience, which he can use to influence his performance of Dwalin”. Graham also provided the voices for some of the most notable characters in popular video games such as Assassin’s Creed, the Uncharted series, and Dante’s Inferno. And fans of the amazing TV show Pushing Daisies, also starring Lee Pace, know him from his memorable guest appearance as Hansel Von Getz! In 2018, he will be featured in the DC Comics film Aquaman in a role on which no further details were known at the time of going to press.

Graham McTavish has already been a returning guest at HobbitCon and the first MagicCon. Let’s see which stories he will be telling us next time.