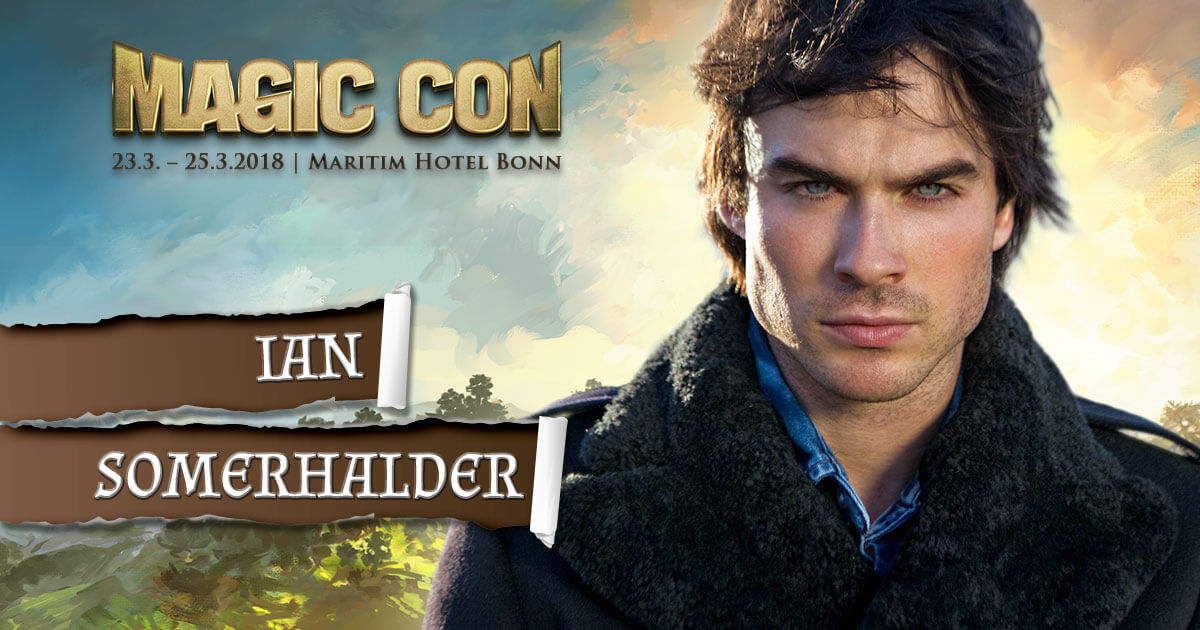 Before Ian Somerhalder began his acting training in New York at the age of eighteen, the sympathic American (with French, English, Irish and Native American roots) was already modeling for well-known brands such as Calvin Klein, Gucci and Versace at the age of ten.

With a leading role in the TV series Lost, Ian’s career really got going in 2004. After that he played a supporting role in the third season of Smallville for example, until he finally won the hearts of many fans in the hit series Vampire Diaries as the smart bloodsucker Damon Salvatore.

Somerhalder is involved in a number of organisations that are committed to the conservation of the oceans. In 2010 he founded the “Ian Somerhalder Foundation”. Here he supports people and projects that promote environmental awareness on our planet. Ian is also working intensively on animal rights.

We are looking forward to welcome Ian Somerhalder to MagicCon again.

Prices for autographs and photosession

Prices for autographs and Photo ops to be announced. As soon as these are available, the prices are displayed here as well as in our article about Prices for Tickets, AG & PO.
Autographs and Photosessions are not included in the entry ticket. Appearance of actors are subject to work commitment. Autograph sessions are usually held on Saturday and Sunday only. When purchasing photosession tickets online, please inform in advance when the respective photo sessions are scheduled for the respective guest (program is online about 8 weeks before the start of the convention).