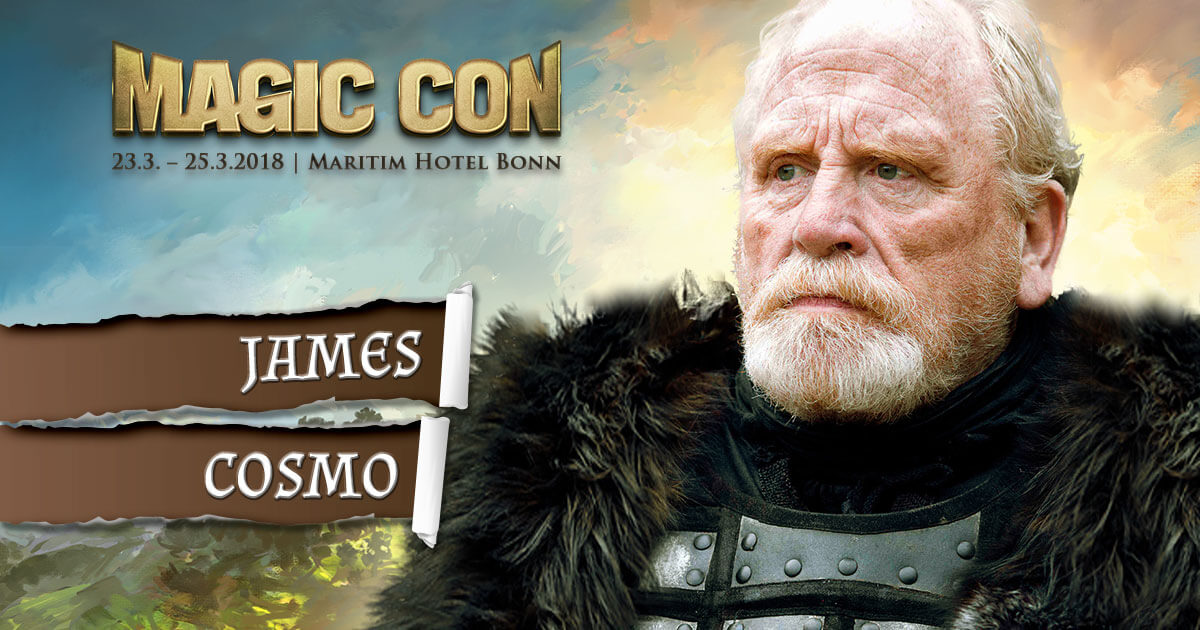 With James Cosmo we welcome a representative from the successful series Game of Thrones at MagicCon. The British actor became known to the fantasy audience through his roles as Angus MacLeod in Highlander, Campbell in Braveheart and as Father Christmas in The Chronicles of Narnia: The Lion, the Witch and the Wardrobe. The British actor has been in the film business for almost 40 years. He made his debut in 1969 in the world war epic Battle of Britain. James has starred in numerous roles such as Trainspotting, The Last Legion, Troy, and 2081, and is also featured in recent DC Comics film Wonder Woman. One of his most popular and famous roles is Jeor Mormonts, Lord Commander of the Night’s Watch in Game of Thrones.

Thanks to his impressive height and stature, James Cosmo often embodies warlike characters in his films. At MagicCon the Scotland-born actor will talk about his moving career and of course you can also sign autographs and get a photo with him. The tickets for this are now available here atTicket-Shop.