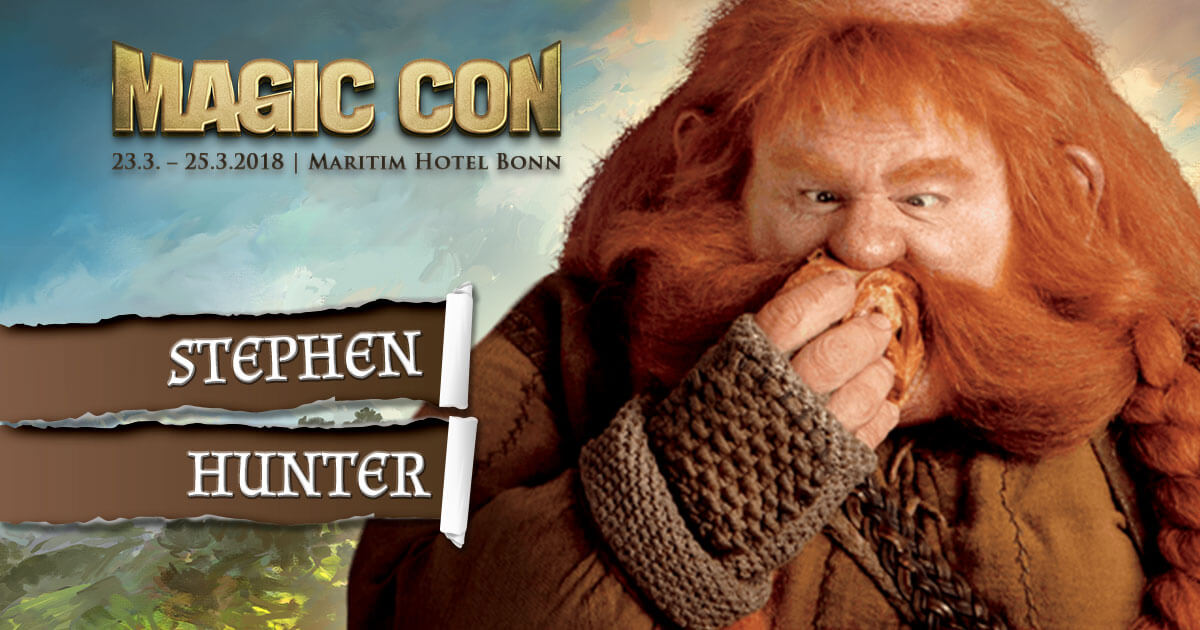 With Stephen Hunter, the popular dwarfs from Peter Jackson’s Hobbit trilogy get a particularly “heavy” increase at MagicCon. In the role of Bombur, the New Zealand actor also achieved a breakthrough in the film business in 2012. He was seen in all three parts (An Unexpected Journey, The Desolation of Smaug, The Battle of the Five Armies) of J. R. R. Tolkien’s novel of the same name.

Before this Stephen worked extensively in New Zealand television before relocating to Australia and landed the role of Sharpie in Network Ten’s “Logie Award” winning drama Love My Way, followed by a leading guest role on Seven Network’s All Saints. Stephen’s comedic repertoire includes stints on Nickelodeon’s The GO Show and ABC’s Review with Miles Barlow and a lead role on the ABC animated series CJ the DJ as the lovable Si. Stephen Hunter feature roles include Aussie Bill in the New Zealand WW1 feature Field Punishment No.1, the Australian/Indian feature, UnIndian as well as the Sci-fi, action adventure feature Blue World Order, starring along side Billy Zane, Jack Thompson and Bruce Spence.

We are looking forward to seeing the exciting Middle-earth stories Stephen Hunter will present at MagicCon. So save your tickets in the Ticket-Shop.