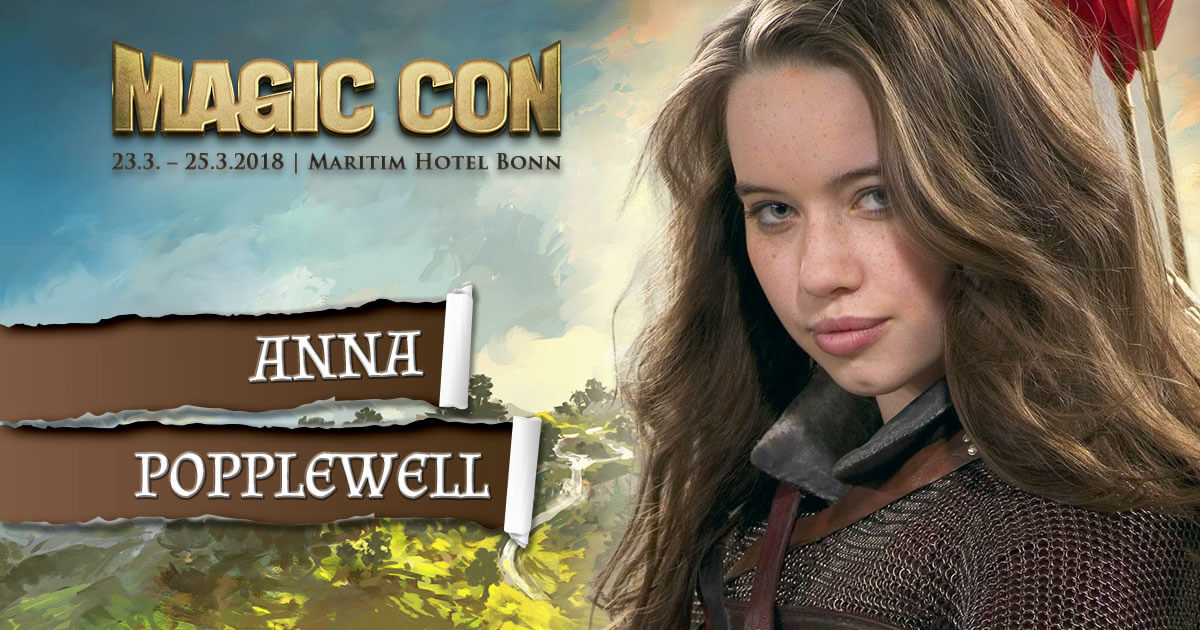 With Anna Popplewell we welcome one of the leading actresses from The Chronicles of Narnia at MagicCon. Born in London in 1988, the actress grew up in England and began acting lessons at “Allsorts Drama School” in London from the age of six. This institution also has its own agency, which places its pupils in professional film productions.

In 2005 Anna made her breakthrough with her first leading role as Susan Pevensie in the Oscar-winning film series The Chronicles of Narnia. She was to be seen in all three parts (The Lion, the Witch and the Wardrobe, Prince Caspian and The Voyage of the Dawn Treader). Her work in the first film was awarded with the “Character and Morality in Entertainment Award” for the “Best Performance in the Cast”.

Currently, Anna Popplewell plays as Lola, a court lady of the Scottish Queen Maria Stuart, in CW’s drama television series Reign, created by Laurie McCrthy and Stephanie Sengupta. Amongst others, the actress has appeared in productions such as Halo 4: Forward Unto Dawn (a mini-series alongside Tom Green), The Little Vampire and Girl with a Pearl Earring with Scarlett Johansson and Colin Firth.

Anna Popplewell holds a Bachelor’s degree in English Literature from “Oxford University” and lives in London. We are curious to see which stories she can tell us – especially about the Narnia shooting – at MagicCon.