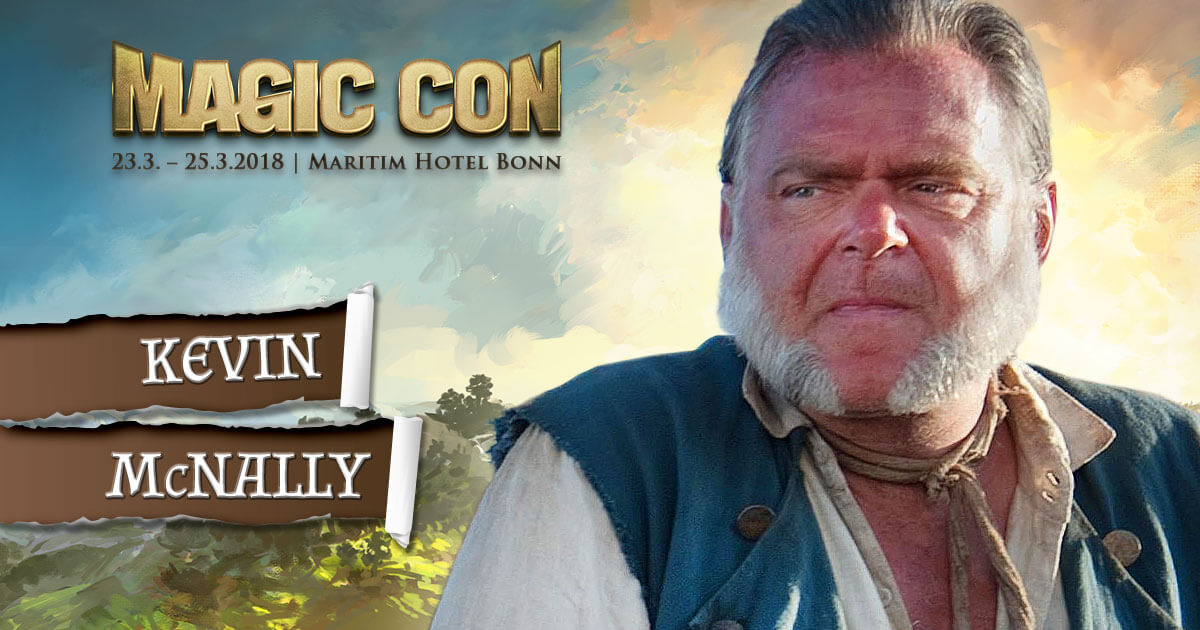 “Yo ho yo ho, a pirate’s life for me!”… the Pirates of the Caribbean now enter MagicCon 2018 with actor Kevin McNally.

Kevin McNally (Joshamee Gibbs) also returned in the fifth part of the series (Dead Men Tell no Tales) to his popular role as First Officer from all four previous Pirates of the Caribbean films. A well-known actor in his home country U.K., McNally has played leading and supporting roles on stage, film and television for 40 years, and has now becoming increasingly well known in the United States.

McNally made his feature film debut in the James Bond adventure The Spy Who Loved Me, with his other credits including The Long Good Friday,” “Enigma,” “Not Quite Paradise,” Cry Freedom and All Things Bright and Beautiful, The Legend of 1900, Entrapment, When the Sky Falls, Johnny English, De-Lovely, Andrew Lloyd Webber’s The Phantom of the Opera, Irish Jam, Woody Allen’s Scoop, Bryan Singer’s Valkyrie, Father’s Day, The Raven, Bounty Killer, Legend, The Man Who Knew Infinity and most recently, Macbeth Unhinged and 500 Miles North.

McNally’s numerous television credits include the Emmy® nominated Shackleton for the A&E Network and Conspiracy for HBO, both of which received BAFTA Awards in the United Kingdom. He has enjoyed continuing and recurring roles in such series as TURN: Washington’s Spies, The Mill, Downtown Abbey, Room at the Top, Supernatural, Midsomer Murders, Life on Mars, Bedtime, Dad, Frontiers, Screen Two, Tygo Road, Hard Cases, Thin Air, The Contract and Poldark. McNally has also appeared in the telefilms and miniseries 24: Live Another Day, The Challenger Disaster, Poe, Margaret, Demons, Bloodlines, Dunkirk, Uprising, Underworld, Abraham, Diana, Masada and I, Claudius.

In London’s West End, McNally has appeared on stage opposite Jude Law’s Hamlet in Michael Grandage’s production, which began at London’s Donmar at Wyndhams, where he also portrayed Lebedev in Chekhov’s Ivanov, for which he was nominated for Best Actor in a Supporting Role at the 2009 Olivier Awards. Just previous, McNally starred in Matthew Warchus’ acclaimed revival of Boeing Boeing. McNally’s other West End productions include performing opposite Maggie Smith in The Lady in the Van and Juliette Binoche in Naked.  He also starred in Terry Johnson’s Dead Funny at the Savoy Theatre.  Most recently, McNally starred in The Missing Hancocks at the Edinburgh Fringe Festival.

Kevin McNally was born in Bristol, England, and grew up in Birmingham. He lives with his wife, Scottish actress Phyllis Logan (Downton Abbey), in Chiswick, London.

Due to special contractual agreements with this guest, Kevin McNally’s autograph and photo session vouchers are not included in the purchase price of the Silver, Gold and Platinum tickets. Please take note of this fact.