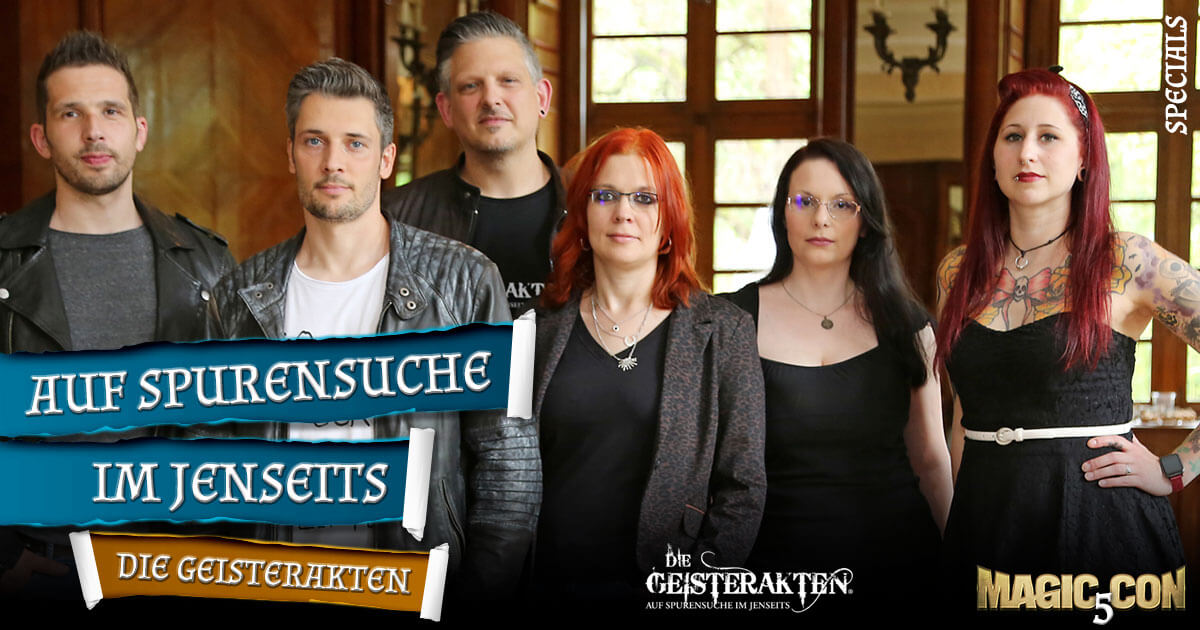 The Geisterakten team will surprise viewers with an exclusive “best-of video” of Season 4. Up to this point, 9 of the 13 episodes of the 4th season have already been released. This will give the audience insights into the team’s most exciting moments from the 9 episodes released so far.

In addition, there will be a preview of the upcoming four episodes, which include the exciting season finale and will be released in the following months (mid-October, November, December, January).

Each team member will personally address his or her most exciting moment, talking about their feelings and experiences, and how they fared in the time following the filming of the episodes. Following the video footage shown, viewers will get the opportunity to direct their personal questions specifically to each team member.

In addition, those interested will have the opportunity to receive autographs from the team following the entire presentation. The team will bring already signed cards and will also sign on site.

Lecturer: The team of Die Geisterakten

Duration: 90 min  -  The Lecture will be held in: german
With Die Geisterakten, Germany's most successful mystery reality documentary was launched in 2015. The 6-member team of paranormal investigators investigates supernatural phenomena with the latest technical equipment and now already 7 years of experience. Over 30 of Germany's most mysterious places have been meticulously investigated by Die Geisterakten in 4 seasons and nearly 60 episodes, bringing their ghostly phenomena to light. No risk was too great for the experts, and no path too far, in order to obtain proof of the existence of life after death. With professional support from the field of various disciplines, Die Geisterakten shook the scientific worldview of many viewers more than once. In 2021, Team also made the international breakthrough and found its way onto TV screens far beyond the borders of Germany.