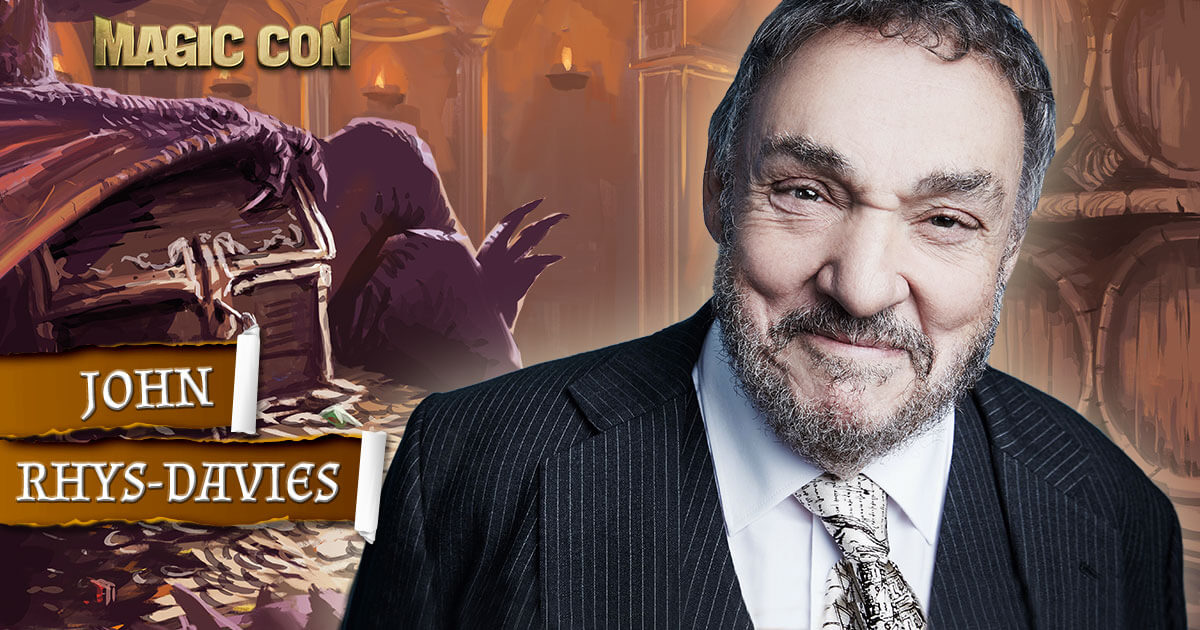 John Rhys-Davies discovered his passion for acting at a young age. As a 13-year-old, he already gained experience in Shakespeare plays on the school theater stage. Born in Wales, he graduated in 1969 with a degree in acting from the „Royal Academy of Dramatic Art“ in London.

Fans of the adventure genre took John Rhys-Davies to their hearts especially through his role as Sallah in Raiders of the Lost Ark (1981) and Indiana Jones and the Last Crusade (1989). As the dwarf Gimli in Peter Jackson’s film adaptation of The Lord of the Rings trilogy (2001 – 2003), Rhys-Davies earned his permanent place in the fantastic world of J. R. R. Tolkien.

The filmography of John Ryhs-Davies is definitely impressive and it is definitely worth taking an intensive look at which feature films and series productions the versatile actor has appeared in so far. And the overview is growing continuously.

We are very happy to welcome John Rhys-Davies at MagicCon 5. In addition to his stage appearances, you can of course also get an autograph or have your picture taken with him in the photo session.

IMPORTANT: Since MagicCon 5 is already just around the corner, the vouchers for autographs (30,- EUR) and photo sessions (35,- EUR) of John Rhys-Davies are only available directly on site in Bonn.